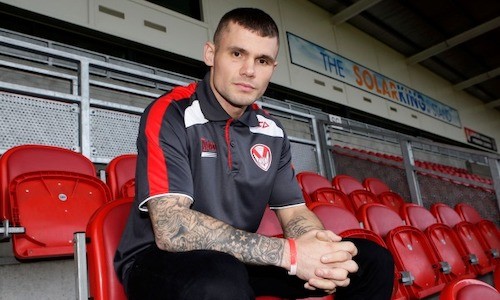 St. Helens favourite Martin Murray is to engage in a championship encounter on Saturday 5th September on the under-card of Josh Warrington’s fight with Commonwealth and EBU featherweight challenger Joel Brunker.

This will be Murray’s third fight in his newly adopted division of Super – Middleweight against an as yet unnamed opponent.

Following two successful stoppage victories since the move up in weight, Murray will want to impress again in front of an expected capacity crowd in Leeds, as his march to world honours rages on.

The Doncaster man will instead travel to Texas in support of his twin brother Jamie, who takes on Tomoki Kameda in a Bantamweight World title re-match on 6th September.

Speaking on the fight, promoter Eddie Hearn was particularly garrulous with his thoughts on Murray’s opportunity.

“With Gavin travelling to Texas with his brother Jamie to defend his WBA crown on September 6, I wanted to add a major addition to the September 5 card. Martin has already boxed twice on Sky Sports in the last seven weeks but this time he will step up the opposition in a title fight as he gears up for a shot at a World title at Super Middleweight.”