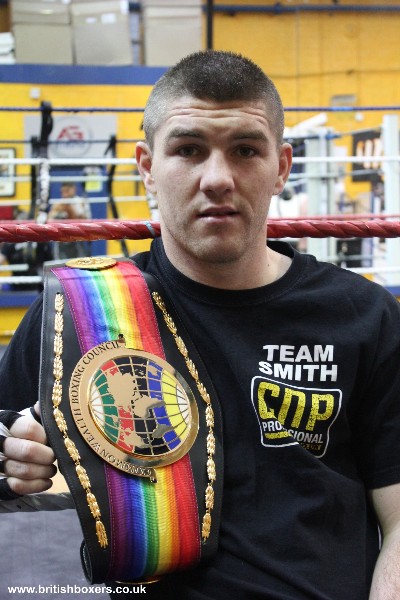 Liverpool’s Liam “Beefy” Smith will be hoping to be the first of the famous Smith boxing brood to win a version of a World title when he takes on Frenchman Michel Soro for the vacant WBO light – Middleweight championship on 10th October.

The pair will face off at the Manchester Arena, contributing to what will be a trio of World title fights featuring British pugilistic talents Terry Flanagan, Andy Lee and Billy Joe Saunders.

The fight presents an opportunity for Smith to outdo compatriot Brian Rose, who boxed for the very same championship against American Demetrius Andrade in June 2014. Andrade vacated the belt due to inactivity, by decree of the WBO.

Speaking to Sky Sports regarding his recent news, the third Smith brother was in a buoyant mood. “I’m probably going to be the first world champion in my family so it’s an exciting time for (both) me and my family.”

In Soro, the undefeated Smith faces a newly crowned European Middleweight champion who will undoubtedly be riding the crest of the proverbial wave that a newly acquired title can often seem to bring.

Smith will also need to be wary about his opponent’s evident punch power, with 17 of Soro’s 27 wins coming early, including his last 5 wins.

Smith is all too aware of the threat posed by Soro; – “He’s a very good fighter and I wouldn’t expect anything else (when boxing) for a world title.” 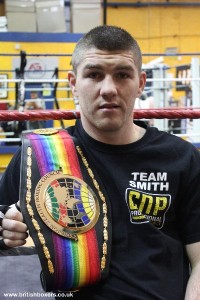