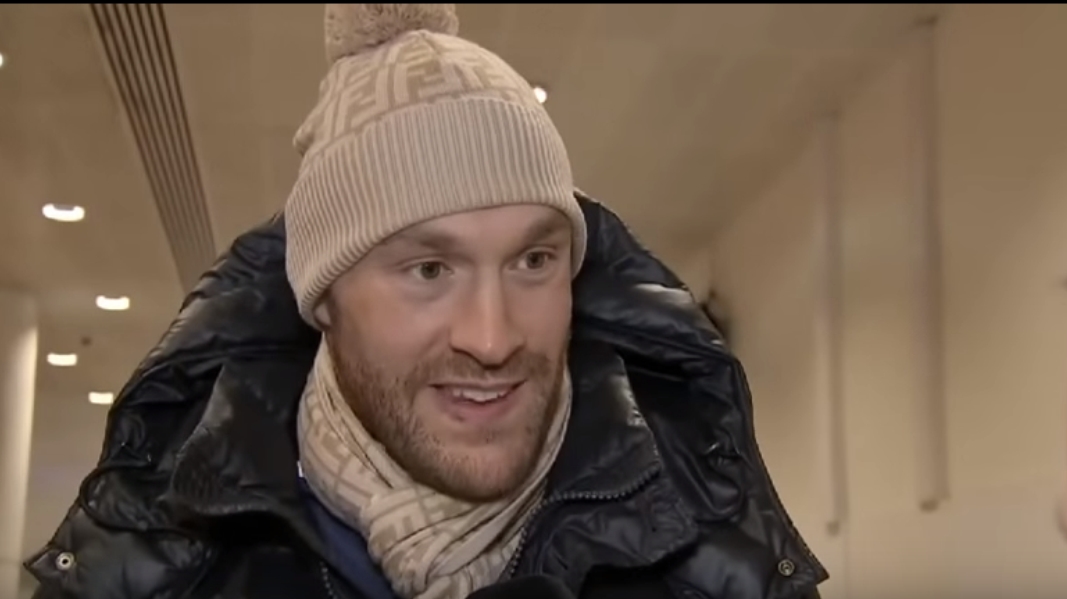 Fury: “I’m not going over there to win on points it’s going to be a KO.”

Tyson Fury says he is excited and well prepared as he leaves Manchester Airport for Germany, where on Saturday night he faces world champion Wladimir Klitschko and Fury adds he is ‘going the knockout and will bring the heavyweight titles back to Britain.’

“Eveythings good, I’m all packed feeling fantastic, really buzzed up for this moment getting on the plane getting over there get into fight week and enjoy the vibes that are going to be around Düsseldorf

“It feels very close now, it’s been a long time coming, I’ve been hunting Wladimir down for the last five years, now I’ve finally got my opportunity and it is my time to shine.

Fury said he doesn’t plan on leaving the decision of the fight outcome in the hands of the judges on German soil and has promised he will be going for the KO.  Refering to fellow Brit Martin Murray who suffered a very narrow split-decision loss to Arthur Abraham at the weekend in Hanover plus with other visiting UK boxers who have been on the end of some questionable decisions in Germany down the years, Fury plans on not taking any chances. “I’m looking forward to doing a demolition job and getting back.” continued Fury.

“I’m not going over there to win on points it’s going to be a knockout!”