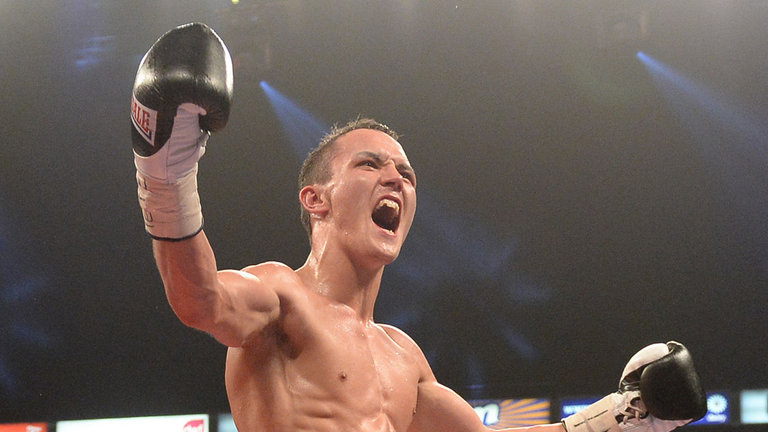 Josh Warrington will defend his WBC International Featherweight title at The O2 in London on December 12.

The Leeds star is hunting a showdown with WBC champion Lee Selby having defended the title with a shutout win against mutual opponent Joel Brunker in his hometown fortress in Leeds, and the will be out to impress on the bumper London bill as he aims for World title action in 2016.

“2016 is going to be a very big year for me,” said Warrington. “I can only beat who is in-front of us – but it’s time to step it up and fight these guys at world level. The Selby fight has been spoke about but by this time next year, I think I’ll be ready for anyone.

“It was a great performance against Brunker, I was written off by many people who didn’t expect me to go past five rounds. We had a great camp and stuck to the game plan – it worked perfectly. We expected him to come forward and try to over-power me. We had ways of dealing with his pressure and barrage of punches.

“I’ve been down to the O2 a few times, I was there to watch Lee take the World title from Evgeny Gradovich in May. It’s a great venue and a massive card to be a part of – it has the top stars in British boxing and something I’m proud to now be a part of.

“I want to box all over the country, it’s well documented that I have a great fanbase in Leeds – but I’ve been out to Germany already and I’m keen to grow my fanbase across the UK. Anthony Joshua has done it and it’s the right approach to have to be a big star.”

Warrington is part of a stacked bill at The O2 where bitter Heavyweight rivals Anthony Joshua MBE and Dillian Whyte clash for the British and Commonwealth Heavyweight titles.