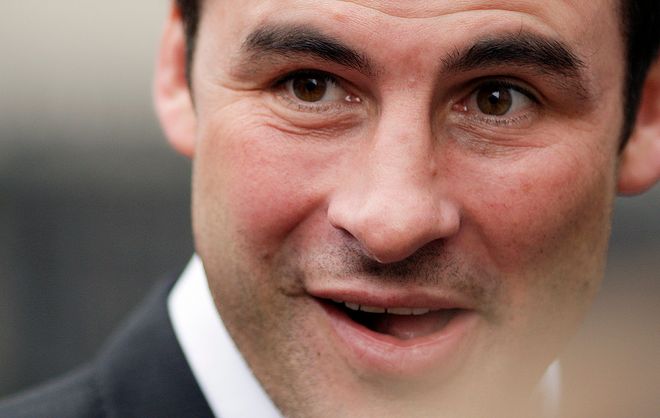 MR CALZAGHE The intimate portrayal of an extraordinary Joe (preview)

From director Vaughan Sivell comes the critically acclaimed sports documentary MR. CALZAGHE. This intimate portrayal tells the extraordinary story of JOE CALZAGHE and his father ENZO, an unusual father-son team who, from humble beginnings in Wales and through sheer grit and determination, have travelled the globe from Cardiff to Las Vegas to take on the vicious world of boxing, beating the best fighters that America could throw at them and showing the world they are a force to be reckoned with.

With a mix of archive footage and home videos along with extensive interviews from family members, champions and opponents including Chris Eubank, Mikkel Kessler and celebrity fans Michael J. Fox, Matthew Rhys and James Dean Bradfield of The Manic Street Preachers, MR. CALZAGHE is the real life Rocky tale that is not only a thrilling and pulse-pounding account of an amazing career but a moving celebration of a unique father-son relationship and an absolute must watch for all boxing and sporting fans.

MR. CALZAGHE will be in select UK cinemas and On Demand on 20th November and available on DVD, Blu-ray™ and Download on 23rd November.

WIN 2 TICKETS TO ATTEND THE PREMIER OF MR CALZAGHE next Wednesday 18th November at The Mayfair Hotel at 6pm. TO ENTER PLEASE TWEET OR RE-TWEET THIS PAGE.

In Cinemas and on-demand