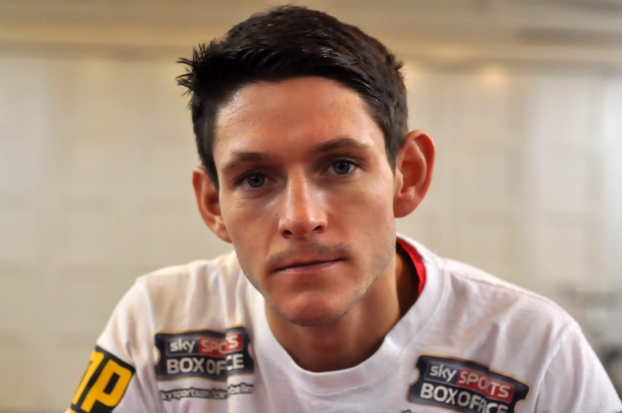 Gavin McDonnell can take a huge step towards a World title when he faces Jorge Sanchez for the WBC Silver Super-Bantamweight title and an official eliminator for the WBC World title at the sold-out Manchester Arena on February 27th.

McDonnell’s clash with Sanchez is reward for his rich vein of form, beating Vusi Malinga in October 2014 for the vacant WBO Inter-Continental title before landing the European crown in March against Oleksandr Yegorov and defending it with a classy performance against Jeremy Parodi in October.

The 29 year old will be wary of the threat of Sanchez, with the unbeaten Panamanian ending nine of his 15 pro outings inside the distance. McDonnell knows a career-best performance is required if he’s to move within reach of a World title shot against WBC ruler Julio Ceja – the man that his brother Jamie beat to become World champion for the first time.

“I’m more than ready to prove that I can become a World champion,” said McDonnell. “I know that Sanchez is going to be a tough fight and I will have to be at my best, but that’s what I am in the sport for – fighting the best and winning titles.

“I feel that I have come on leaps and bounds in the last year or so. I’ve gone under the radar a bit so landing this crucial fight on such a massive event like Frampton vs. Quigg is going to make people stand up and take notice of me, and I’m going to put in a performance that fans will remember.”

“On the back of Gavin’s great performance last time out I’m really excited to be training Gavin for such a huge fight like this,” said the trainer of both McDonnell’s, Dave Coldwell. “He’s working so hard to improve himself in the gym every day and for him to win and take such a huge step towards fighting for the WBC World title would be a great reward for his dedication.”

“It’s amazing to see how far Gavin has come in the last two years,” said McDonnell. “From winning Area and English titles, the target was set at British honours. Once that was achieved, a dream European opportunity was landed – he won the title in style against Yegerov. Now we have the World title in our sights, a huge fight for Gavin against the tough and undefeated Sanchez, to put himself in a position to challenge Julio Ceja.”

The fight will be shown live on Sky Sports Box Office.