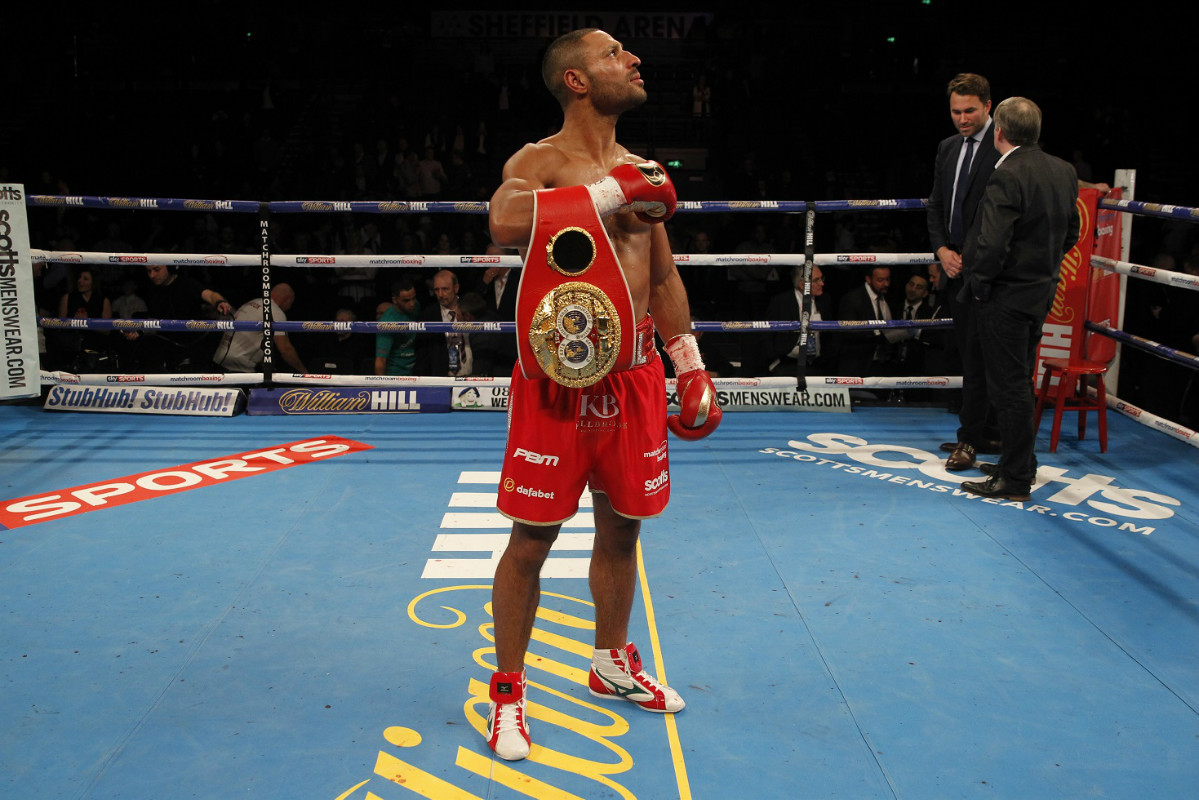 Kell Brook delivered the destructive performance he promised in his IBF World Welterweight title defence against Kevin Bizier, dismissing the Canadian inside two rounds at the Sheffield Arena on Saturday night.

Big right uppercuts in the opening round was a warning to the Canadian of the barrage that was coming his way.

Bizier began bleeding heavily from the nose early in the second round, and he was floored after being wobbled by a right hand, and then got caught heavily again by the Sheffield star and the fight was waved off by referee Howard Foster after two minutes and 15 seconds of round two.

‘The Special One’ made it 36 wins unbeaten in the paid ranks with his 25th win inside the distance in his third defence of his title, and now the 29 year old wants to land a major fight in the summer.

“I have power that can knock anyone out,” said Brook. “I want to train for a fight when I have a threat on my hands. I’d love the Danny Garcia fight, the Jesse Vargas fight, I’d take the Keith Thurman vs Shawn Porter winner, the Timothy Bradley vs. Manny Pacquiao winner – I want them all.

“I want to thank all the fans, it’s been too long since I’ve been in Sheffield – there’s no me without those fans.

“I’ve been training a long, long, time, I’ve missed my daughters and weddings to get in the best shape ever. We’ve worked too hard to get this belt and I wasn’t going to slip up tonight.

“He couldn’t stand up to the power. I have got the mandatory out the way and now I want that massive fight.”

Promoter Eddie Hearn said that the task to land a major summer fight begins right away and with his mandatory obligations dealt with, Hearn says delivering a blockbuster fight for Brook is his priority.

“We had to fight Kevin Bizier, but it’s what he does to these fighters, he’s a beast,” said Hearn. “Kell needs to prove that he’s the best Welterweight in the world but no-one wants to fight Kell. I want to bring the big fights to Sheffield and we’ll be putting the money up to bring the best over here. There’s so many options for Kell and he wants to unify the division.”