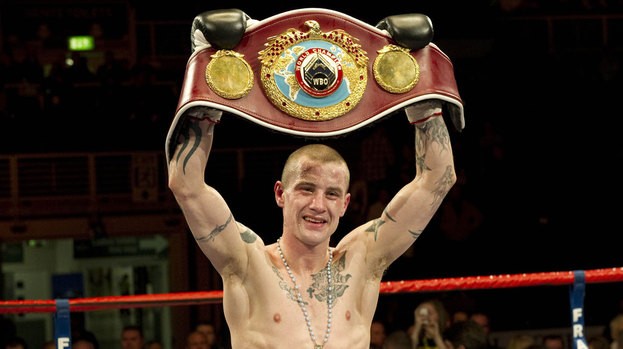 Ricky Burns can become a three-weight World champion when he takes on Michele Di Rocco for the vacant WBA World Super-Lightweight title at the SSE Hydro in Glasgow on May 28, live on Sky Sports.

Burns can add World title glory at 140lbs to his reigns as WBO king at Super-Featherweight and Lightweight, with the 32 year old set to be roared on by his hometown faithful as he returns to Scotland in his first fight there in nearly two years.

Italian Di Rocco stands in the ‘Rickster’s’ way and the 33 year old long-reigning European king will be looking to spoil Burns’ shot at history in his first World title fight.

The Scotsman spent a spell at Super-Lightweight when he met Alexandre Lepelley over eight rounds in Leeds in October 2014 before a spirited display against Omar Figueroa Jr in Texas in May put him firmly on the route to this World title shot, and Burns is determined to grab his chance to make history with both hands.

“It’s been a frustrating few years but I felt showed against Figueroa last summer that I can still mix it with the very best at world level.

“Di Rocco is a tough guy and he will bring the best out of me – but it’s a fight I’m so confident I will win and give my fans a great show.

“There are massive fights for me at Lightweight and Super-Lightweight – I’ve spoken to my trainer Tony Sims and we feel I can compete competitively at either weight class and this fight will lead on to great things for me.”

“I am delighted to deliver this opportunity for Ricky to make history and become a three-weight World champion,” said promoter Eddie Hearn. “It will be the first night of boxing ever at the magnificent SSE Hydro and I know the fans will raise the roof. Di Rocco is unbeaten in nearly nine years but I truly believe Ricky will make history on May 28.

“The card will be stacked with Matchroom and Scottish talent; Tyrone Nurse will defend his British Super-Lightweight crown against Glasgow’s Willie Limond, while new star Ryan Burnett will continue his march to World titles. Commonwealth games hero Charlie Flynn will be in his first title action and undefeated young stars Joe Ham and Lewis Paulin get the chance to shine. After nearly two years away from Scotland, it’s great to be back with a huge show!”