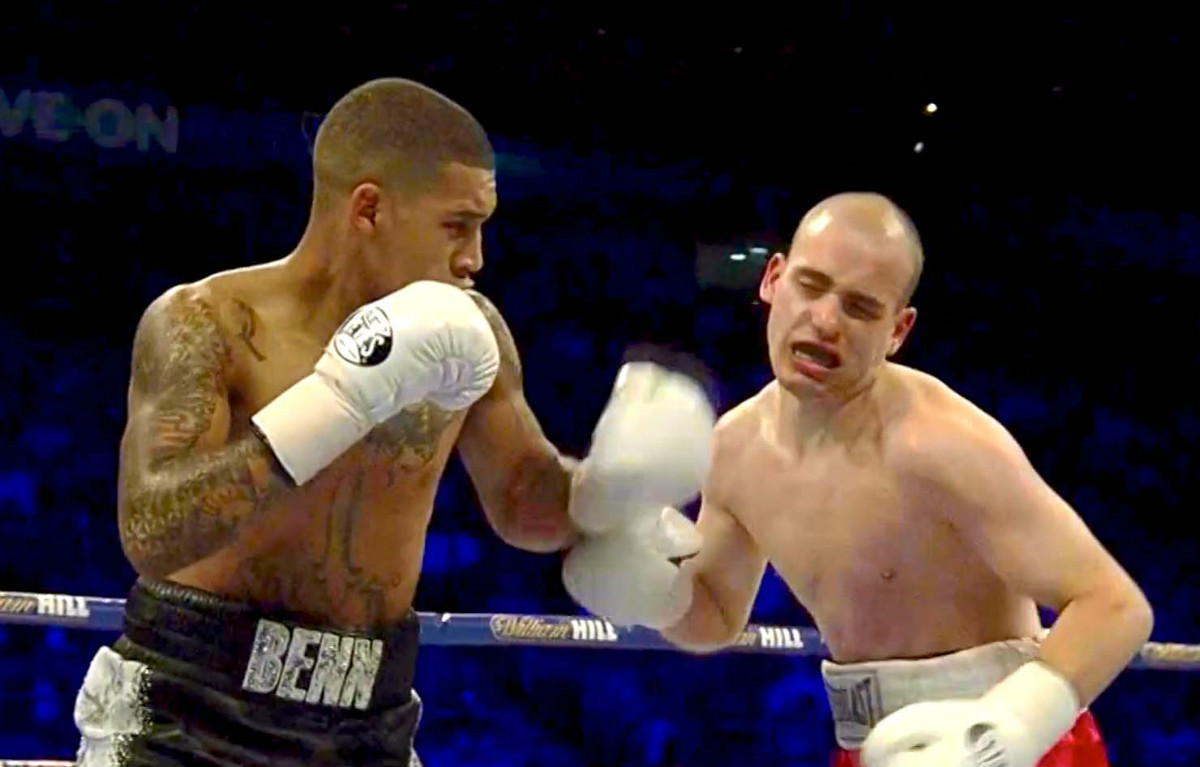 Middleweight prospect Conor Benn son of former world champion Nigel, was having his 3rd fight in 3-months on Saturday night at the O2 Arena in London, on the undercard of Anthony Joshua’s successful first defence of his IBF heavyweight crown against Dominic Breazeale.

The aggressive Benn, this time controlled his work and found the openings rather than crowd his opponent like in his last fight, but it wasn’t long before his power told and he disposed of Lukas Radic in the first round to take his record to 3-0, 2KOs.

The positives were there for Benn despite the Czechs limited ability and he used his jab to good effect to head and body, doubling it up and kept his distance well. It was a right hand followed by a left hook to the jaw that first felled Radic. He rose to his feet and when the referee started the fight again he looked like a rabbit in the headlights as Benn pounced. It was a crushing left, right, left combination that immediately brought proceedings to an end, as Benn detonated the finishing shots to end the contest.

Radic went down heavily and was out before he hit the canvas and then for several worrying minutes, such was the impact of the shot.

Conor Benn looks the real deal and it will be hard to keep him on the leash if this is anything to go by. He has his fathers fighting genes alright and could go on to be a future champion, he has all the shots, has settled well in the pros and looks like a determined character on a mission, you better watch out for Conor Benn he is coming!