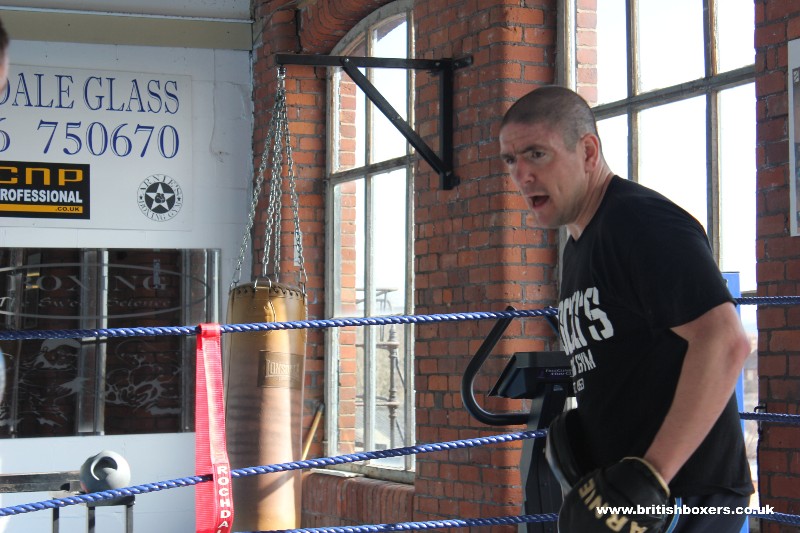 Arnies Gym round up: Life in the paid ranks

The vast majority of the country may have enjoyed a lazy bank holiday Monday, but for the fighters of Arnie’s Gym in Manchester it was business as usual. British Boxers spent a couple of hours in the gym listening to Anthony Farnell’s jokes, watching Macaulay McGowan’s impressions, and debating the constant stream of mythical match ups that get thrown around at the gym, which is located on the top floor of Morton Mill in Failsworth.

Belfast’s Ciaran McVarnock, 6-0-1 (1 KO), got his work done early. The featherweight workaholic got his first stoppage victory in May and will return in a four round fight on October’s massive bill in Cardiff. McVarnock, 24, pushes himself to extraordinary levels in training but will have seen only one round of action in eleven months by fight time and will aim to ease himself back into action over the shorter distance. 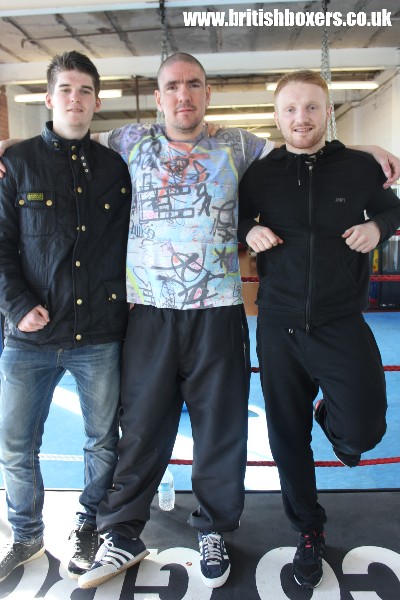 Wythenshawe’s Macaulay McGowan is six weeks out from his clash with Jez Smith, 7-0 (3 KO’s), and went through a thorough pad and bag routine. The 21 year old light middleweight has built a 10-0 (1 KO) record since turning professional back in 2014 but jumped at the chance to travel down to Smith’s back yard for a clash of unbeaten fighters.

The fight will take place on the undercard of Mitchell Smith’s return to action in Harrow on October 8th. If there is a fighter less likely to be fazed by the thought of facing Mitchell’s brother in front of a hostile crowd than McGowan, I’ve yet to meet him.

www.britishboxers.co.uk will carry a full interview with McGowan in the coming days.

Yates, 24, came up just short in an entertaining, hard fought fight with Liverpool’s Tom Farrell at Goodison Park in May, but relishes a challenge and will take Flynn on in front of his own Scottish fans. ‘Casper’ is booked in for a warm up fight on Steve Wood’s VIP show at the Victoria Warehouse on September 17th but was already beginning to work on tactics for the fight with Flynn.

Ellesmere Port’s Matty Fagan, 8-2, returns to action in Wigan this Saturday evening following his close decision defeat to Gary Buckland last month. The 28-year-old lightweight boxed brilliantly to beat Adam Kettleborough last July but the fight with Buckland was his first action in a year. Fagan—who receives plenty of praise from his gym mates for his footwork—will benefit from a swift return to action and shouldn’t be written off just yet.

The days session ended with Farnell putting three fighters who hope to turn professional through their paces. Jamie Mitchell, Jake James and Dillon Manning each went through the same routine as the professionals as they prepare for life in the paid ranks.