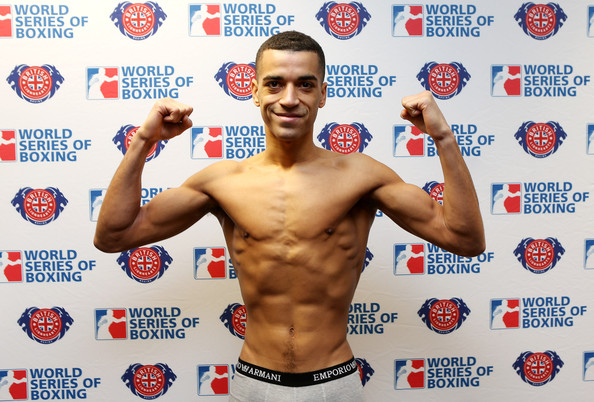 A member of the illustrious GB squad for the last five years, Sam Maxwell boasts an impressive amateur pedigree. Capturing a bronze medal at the 2014 Commonwealth Games, and competing in the World Series Boxing, are just a couple of highlights from an extensive list of accolades. During this period, Maxwell also had the opportunity to share the ring with Vasyl Lomachenko on two separate occasions.

Turning professional marks the beginning of an exciting new phase in his boxing career and one which he can’t wait to get started. “Everyone knows MGM and how big they are in boxing, this is a big deal and I’m excited to be working with them,” he said.

Vasyl Lomachenko has gone on to become a two-weight world champion since leaving the amateur scene, something which provides him with inspiration as he gets set to begin his own professional career.

“I boxed Lomachenko twice in two weeks, once in Kiev and once in London, the second time I really held my own, it was a really good fight. I’ve had ten rounds with him in total and it was a great experience,” he said.

MGM’s Sam Kynoch believes that Sam Maxwell has a big future ahead of him. “The signing of Sam is one that has us very excited. His accomplishments as an amateur are extremely impressive and we have no doubt he will go on to make a major impact in the professional ranks,” he said.

Sam Maxwell will begin the next chapter of his boxing journey on October 7th, as part of the MGM Liverpool ‘Genesis’ show.

Tickets are available from all fighters featured on the bill or the Derry Mathews Boxing Academy gym.