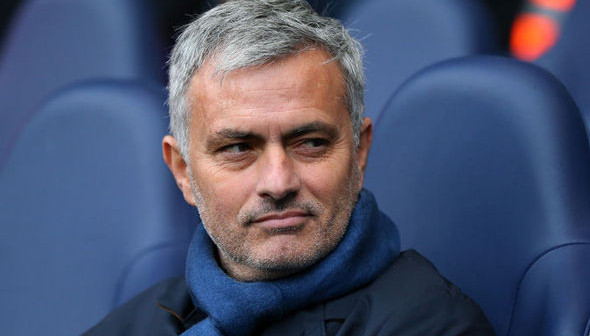 Manchester’s Anthony Crolla (31-4-3,13 KOs) wants Jose Mourinho to be his ringside guest when he fights Jorge Linares at the Manchester Arena on September 24. The WBA, WBC Diamond and Ring titles are on the line in what the 29-year-old has referred to as a “Legacy” fight and he has offered the Manchester United manager a ringside seat.

“I hope Jose will come,” he said when speaking to the Manchester Evening News. “I’ve seen he has been at the O2 Arena to watch Joshua. I’ve not met the Special One yet but hopefully I will get to meet him at some point as he likes his boxing.”

He added: “I’m not sure which players are coming to the fight but I’m pretty sure there is going to be some. We have got Leicester at home that day so they can come. Hopefully it will be a nice double—United beat the champions and then I keep my belt and win a few more. I’m really excited about the season for United, like everyone else.

“It is great to have the right man at Old Trafford. The game is at the perfect time. Manchester on that day could run out of beer. You’ve got the early kick-off and the fans will be on it right through. It will be a great day for Manchester sport.”

Barry McGuigan has admitted that Dave Ryan (17-9, 4 KOs) holds the edge in experience over his man Josh Taylor, (6-0, all by stoppage), but the “Clones Cyclone” believes that their faith will be rewarded when the two men contest the vacant Commonwealth light-welterweight title at Edinburgh’s Meadowbank venue on October 21.

The fight will shown live on Channel 5 as part of McGuigan’s deal with the network; he told The Scotsman that he is expecting an exciting night as Ryan has a point to prove after losing to Wayne Hibbert in September and Taylor, 25, has ironed out all six of his professional opponents in two rounds or less.

“They are making a major mistake saying they will take out Josh easy and deep down, his team knows that,” argued McGuigan. “But that’s fine and if he genuinely believes then so be it. He [Ryan] is a really tough kid and I have great respect for him and we’re paying a lot of money to get him up here.

“I am fully aware Josh hasn’t gone more than two rounds in each of his previous fights, which is a bit of a worry for anybody, including me, but the bottom line is I judge his pedigree on what he does in the gym. I see what he does, I see him sparring ten rounds against big light middleweight guys so I’m not worried about what he can do against a super lightweight.

“I’m not worried about what they’re saying and in fact the more he talks the better. I’m happy with that. This guy is the Real McCoy. Josh can’t be tested by journeymen because he blows them all away so how do I see what his pedigree is? By what he does in the gym.”

He added: “Channel 5 are going mad about this one and they’re very excited about coming to Edinburgh to showcase Josh. Meadowbank is going to be full and Ryan will have never have heard the atmosphere that Josh can generate. We saw that when we were here last year when he beat [Adam] Mate.”

Meanwhile, former titlist Ryan has stated that he will emerge with the belt once the dust settles on this one. It will be the 33-year-old’s first fight in thirteen months yet he believes that McGuigan has made a mistake by pitching Taylor in with him so early in his career.

“Fair play to him for taking it so soon and if his management thinks he’s ready they have either got very good judgement or they are making a mistake,” he said when speaking to the Derby Telegraph.

“It’s my job to make sure they find out this is a step up too much too soon. It’s going to be tough because he is one of the best in the division—a real up and coming star. He has an impressive record but he’s not had anyone throwing any punches back at him yet.”