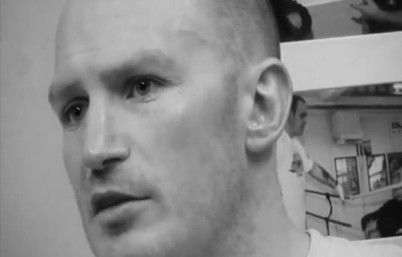 Not always an easy transition, Matthew Hatton’s switch from boxer to trainer has been eased by the quality of fighters under his wing.

After retiring in 2013, the amiable Mancunian—brother of Ricky—has used his vast knowledge of the game to work with young fighters, and now believes he has a pair of future champions in his midst.

Matthew Mainwaring and Adam Hague are the two unbeaten fighters who have got Hatton excited, and both get a run-out on October 1 at the Lancashire County Cricket Club, Old Trafford, Manchester.

The ‘Zak Vali Annual Evening of Professional Boxing’ has been organized by former Amir Khan manager Asif Vali, in association with promoter Dennis Hobson, and Hatton is delighted to be part of the event.

“It’s different to fighting but I’m enjoying the training,” explained Hatton. “I worked with lots of different trainers over the years, and was fortunate to work with some great coaches over here and in America. I’ve picked up different bits from each of them, and I always had one eye on being a trainer. So, it’s something I’m really enjoying and I’ve got two really good fighters in Adam and Matty.

“Adam is 8-0. He’s had eight fights in 12 months, so we’ve kept him really busy, and he’s just getting better all the time. He got off to a fantastic start on his debut, he was offered a fight on three hours’ notice against an unbeaten fighter away from home, he accepted the fight and he won. He’s a really exciting fighter to watch, a really attacking style and a great body puncher. I’ve got very high hopes for Adam.

“Matty is a former pro footballer, with no amateur or white collar experience. He was a complete novice who I first started personal training with. He was still being paid for his football at the time and had been at some good clubs, but he’s always been a boxing fan. I saw he had real talent, took him on the pads and to several different gyms sparring against much more experienced lads and he really handled himself; was an absolute natural. Seeing how far he’s come in such a short space of time, I’m really excited by him.

“I’m looking forward to the show on October 1st. I’ve known Asif for some time and we’ve always got on, he’s a good guy and has worked with some very big names in the boxing game. He certainly knows how to put a show on so I’m expecting the show to be a cracking event and I’m over the moon to get my two lads on it.”

“Matthew has worked wonders with Adam and Matty, and I’m really excited about having them on my show,” stated Vali. “They are typical Mancunian fighters, both like to come forward and throw body shots and the fans will really enjoy watching them fight.

“I’m looking to build a big stable of fighters to appear on future shows. So if any fighters out there are looking for new opportunities please get in touch and let’s talk about working together.”