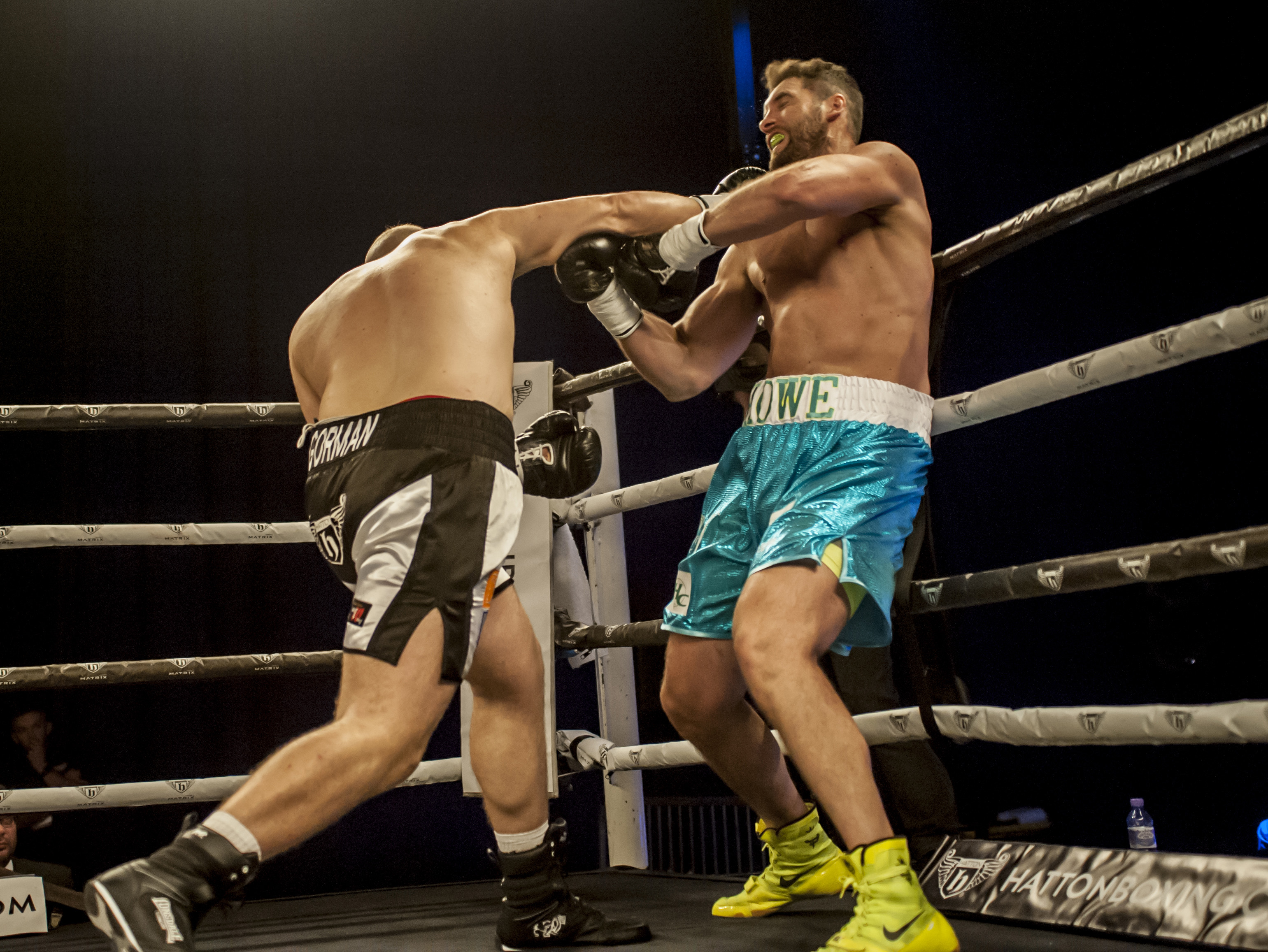 Nathan Gorman collected his first title as a professional with a clinical first round stoppage of Sheffield’s David Howe at a packed at Fenton Manor in Stoke on Saturday night.

The Nantwich-native, who is trained by Ricky Hatton, picked up the vacant Central Area heavyweight crown in just 127 seconds and clearly underlined his potential for the top.

Standing 6ft 8ins and with a 14 pro fights under his belt, Howe presented Gorman’s toughest test to date in terms of both experience and stature.

But Gorman took to the task with gusto, expertly slipping Howe’s jab before detonating short hooks in close.

A left to the chin wobbled Howe midway through the opening round, but the Yorkshireman appeared to have unscrambled his senses. However, a follow up salvo punctuated by a right hand down the pipe dropped Howe to his knees and he was unable to rise before referee Terry O’Connor completed his count.

This was only Gorman’s sixth outing so he is he has plenty of time on his hands before stepping up again, but Hatton believes he has unearthed a real diamond.

“Time will tell and we’ll need another step up, but I think Nathan has all the attributes to get to the very top,” Ricky said.

“What was pleasing for me is that he put into practice what we worked in the gym. He slipped and he changed the pace of the jab. When he landed, I think he scared Howe to death.

“The speed on that right hand, not the just the power, was phenomenal.” 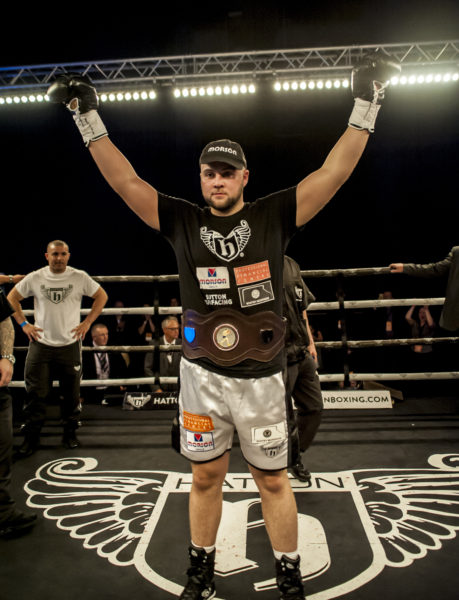 A jubilant Gorman added: “I’m buzzing. It’s my first title and I did it in one round. Howe was supposed to my first real test and I got him out of there quickly.

“I knew I had the power to stop him, but I wasn’t expecting it to come so soon. I listened to Ricky, Mike [Jackson] and Blain [Younis] in the corner and everything just clicked.”

Nathan will now have a week off before returning to training and is hoping to back in action at some point in November.

Flame-haired Irishman Blaney defeated hometown favourite Mark Till 40-36 over four rounds in the show’s opening bout, while Evans extended his pro ledger to 6-0 (2 KOs) with a sixth round stoppage of Andrej Cepur and debutant Haigh blasted out Tomas Kugler inside two rounds.

Also on the bill, a bloodied Craig Morris picked up the vacant Midlands Area welterweight title with a 98-94 verdict over tricky Nottingham man Nathan McIntosh, and Kieron McLaren became the British Challenge belt holder at super-lightweight with eight round points win over Chris Adaway.

Stoke’s own Owen Jobburn marked his professional debut by outboxing Vladimir Fecko over four rounds while Atherton’s William Warburton scored another upset with a 59-56 score over Stafford’s Rob Hunt.