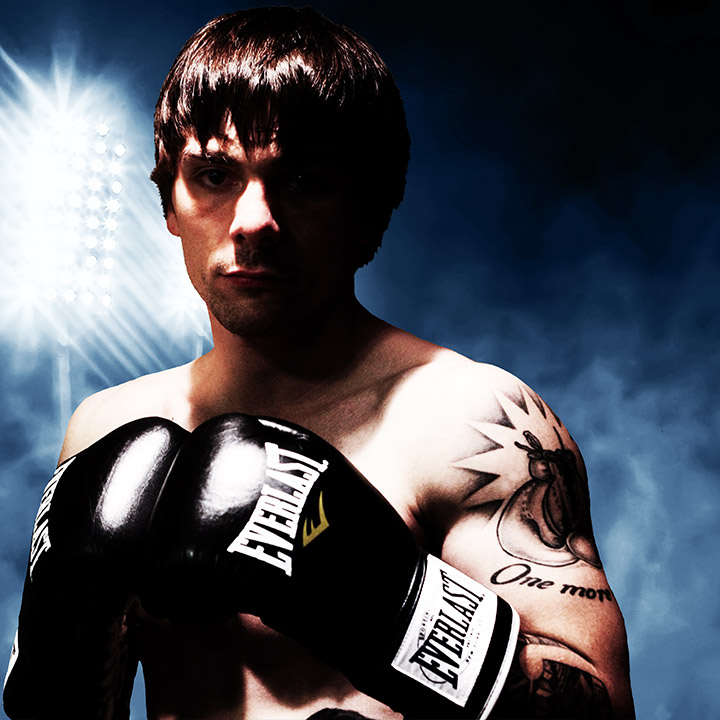 Scotland’s Mike Towell, 25, has passed away after sustaining a head injury in his fight against Welshman Dale Evans in Glasgow on Thursday. The Dundee-based boxer was taken to hospital following a fifth-round TKO loss at the St Andrews Sporting Club, but did not pull through and his death was announced this morning.

‘Within the last hour Mike Towell passed away—he will always be in our hearts #RIPIronMike'” the St Andrews Sporting Club Tweeted when revealing the sad news.

‘I’m absolutely heartbroken to say my annoying best friend passed away tonight at 11.02 very peacefully,’ wrote his partner, Chloe Ross, when confirming the news on Facebook.

‘Michael had severe bleeding and swelling to his brain. He had been complaining of headaches for the last few weeks but we put it down to migraines with the stress of his fight. It has been the longest 24 hours of our lives. My baby has lost his daddy. But he will be so so proud of his dad in what he achieved. Once he was taken off of his life support he managed 12 hours, 12 whole rounds off his life support, he fought right to the end and he’s done us all so proud. He left doing the thing he’s best at. There’s only one.’

Towell was treated in the ring after his defeat then taken to hospital, where he continued to fight for his life. Sadly, however, it was not to be and all our thoughts go out to his family and friends. He had an 11-1-1 (8) record and won the BBBofC Scottish Area light-middleweight title courtesy of a third-round TKO win over Rhys Pagan in April of 2014.

‘The ingredients were there for an entertaining fight and it was that, we are both punchers and so sadly for Mike he came out the wrong side,’ said Evans in a statement. ‘I never wanted to see my opponent being stretchered out of the ring. Who would ever want that sight? That was so hard for his family and my heart goes out to them.’