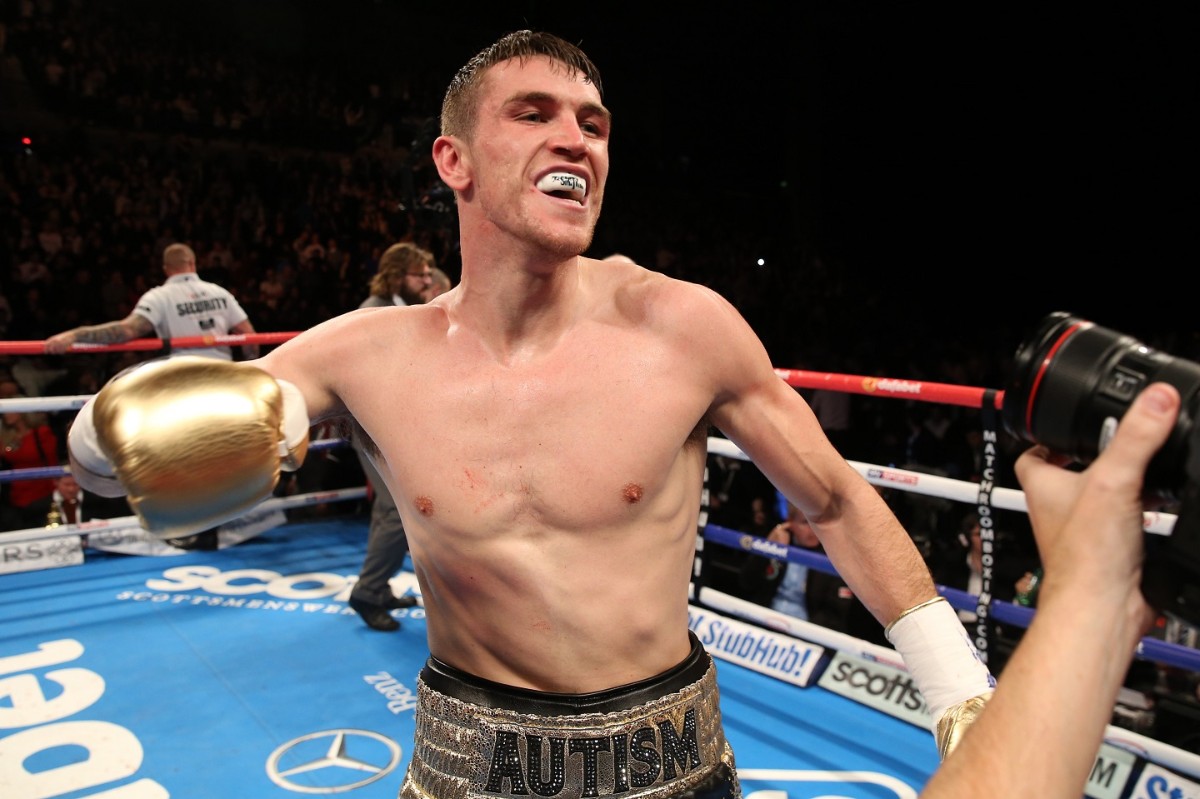 Liverpool’s Callum Smith (21-0, 16 KOs) goes into his British Super middleweight title defence against Luke Blackledge on December 10 with a world title fight scheduled for 2017 should he prevail. Smith, though, has revealed that he expected to get his shot sooner as he is mandatory challenger to WBC holder Badou Jack, who fights IBF holder James DeGale in January, which has stalled Smith’s world title progress.

Smith versus Blackledge takes place on the undercard of Anthony Joshua’s IBF heavyweight title defence against Eric Molina at the Manchester Arena, despite hopeing to have fought for a world title by now.

However, Smith has told the Liverpool Echo that he is fully focussed on the job. “I didn’t think I’d have three fights before getting my chance to fight for the world title but [Jack and DeGale] are ready to fight and while it’s been a bit frustrating, I’ve been active and learning all the time and it’s exciting that I will be fighting for a world title next year,” stated Smith.

“Luke is a good fighter, he comes to win, he’s game and durable and it promises to be a cracking fight. I’m proud to be British champion and I’ll defend it until I can get a fight for a world title.”

A fight against the unified titlist would be just the boost the 26-year-old needs, and he doesn’t care who he faces as long as he gets his shot. He said: “It’s a win-win for me. If Jack wins it’ll probably be in Vegas and that’s every fighter’s dream to fight for a world title in Vegas. But if James wins, which I think he will, then that’s a massive domestic fight and we’ve seen that the British fans love those events.”