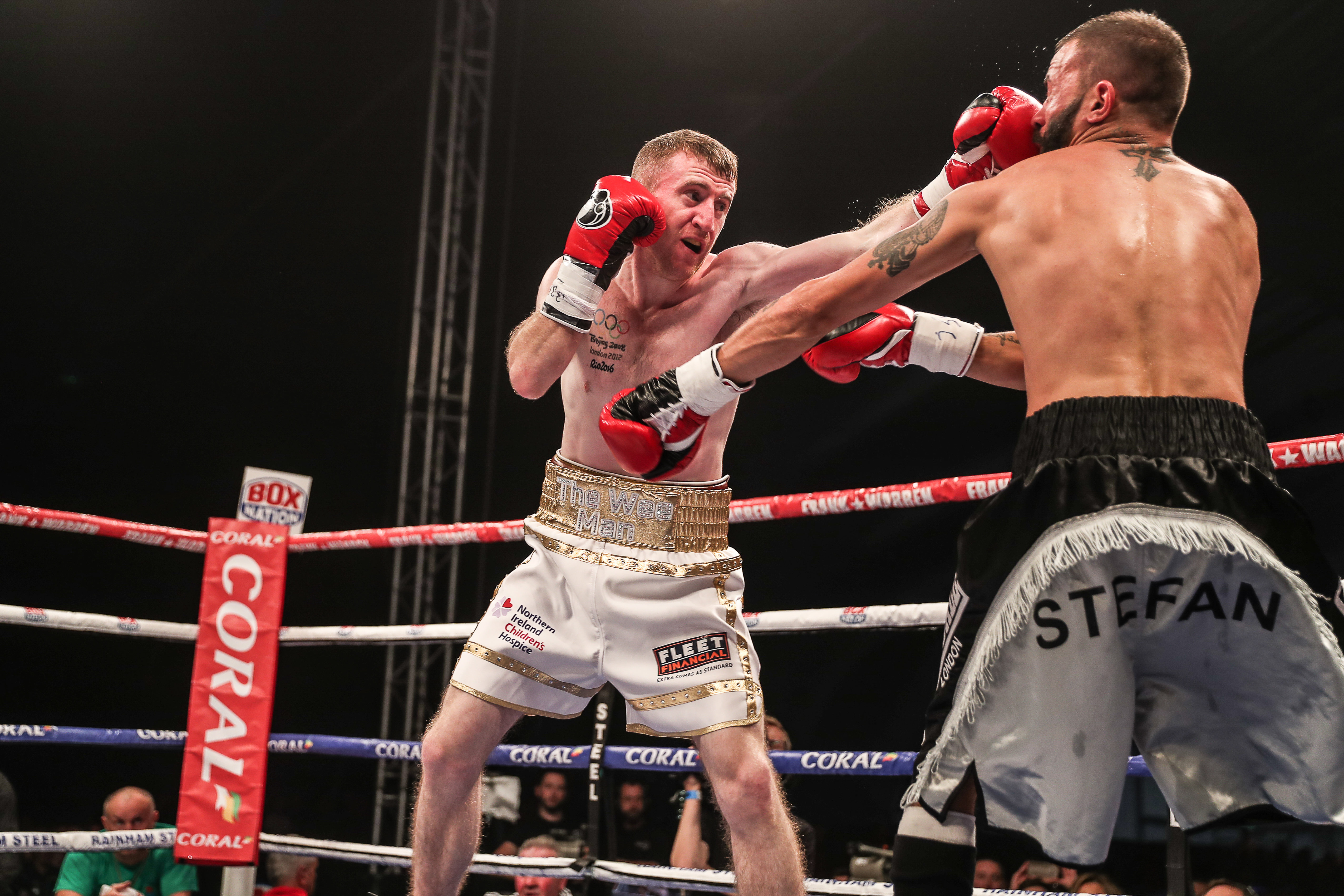 Irish amateur legend Paddy Barnes will make his second professional appearance against an opponent to be confirmed at the Belfast Waterfront Hall on Saturday 18th February, live and exclusive on BoxNation.

Belfast’s two-time Olympic medallist received an incredible reception on his pro debut last time out at the Titanic Exhibition Centre and is delighted to be returning to the ring next month for what promises to be another top evening of boxing for the city.

His victory on November 5th came via an unusual ending after the outclassed Stefan Slavchev inexplicably lifted Barnes during the fourth round and was consequently disqualified.

After a short Christmas break, Paddy is back in the gym and preparing for a huge 2017. The ferocious Flyweight is promising another unforgettable night for his army of fans and is aiming to kick the New Year off in style.

“The atmosphere for my debut was unbelievable and I can’t wait to return,” said Barnes. “Irish boxing just keeps getting better and I’m delighted to be a part of it. We have some really exciting plans for the next twelve months and it all begins at the Belfast Waterfront on February 18th.”