Nothing Worth Having Comes Easy 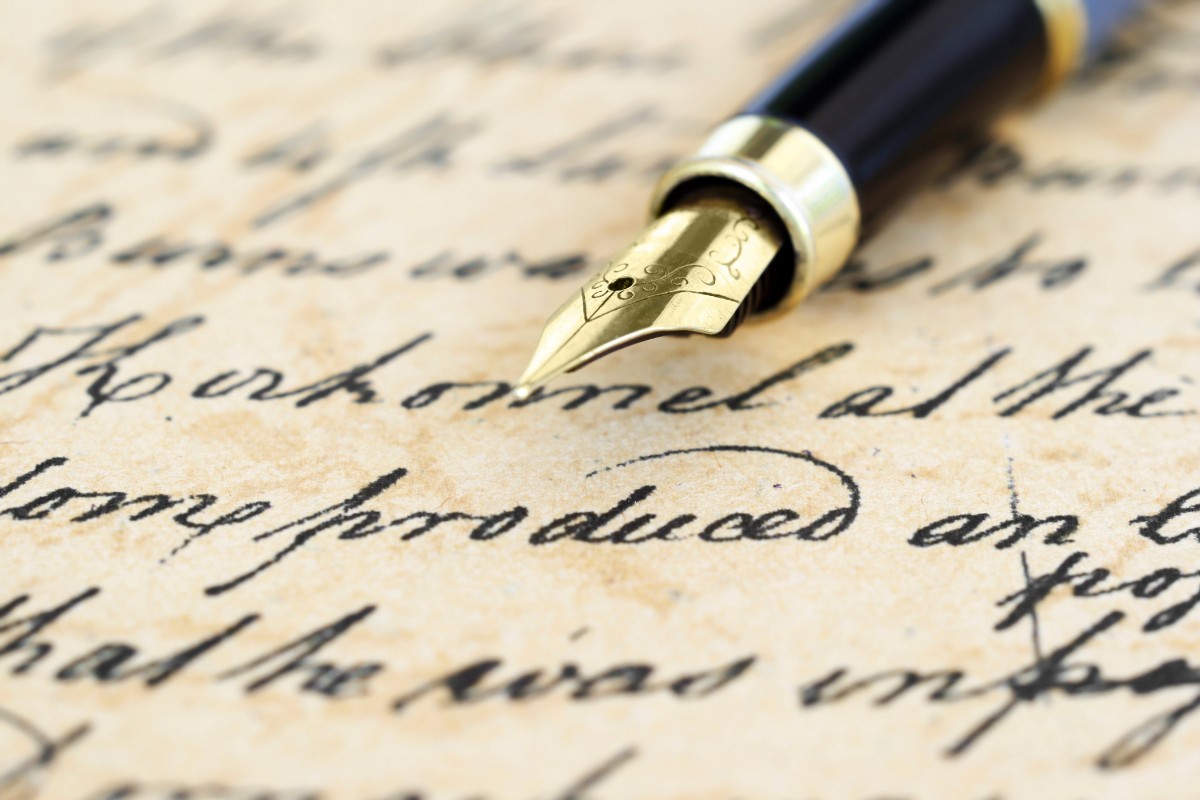 I gratefully gobbled up the warm toast and even hotter tea as I sat awkwardly in the Dodsons’ impeccable living room, anxiously waiting to get my inaugural interview underway. This moment, one I’ll never forget, had been weeks in the planning as my decision to tell stories about boxing and its diverse cast had been something I continually put off for fear of rejection and the occasional moments of self-doubt. Not that I doubted my ability exactly but I didn’t just want to write, I wanted to write better than everyone else and make sure that when something featured my byline, it was essential reading. I was not convinced I could reach that level.

My brief early education in this sport was provided by my late father, Lenny Walker, a scrap man, a community man, a great man, who would allow me to stay up further than I was used to, enabling me to witness Frank Bruno outlast Oliver McCall at Wembley Stadium and Steve Robinson fall victim to the wizardry of Naseem Hamed. My apprenticeship was largely restricted to events on Sky Sports but Shea Neary’s rise, significant to an impressionable Liverpool teenager, allowed ITV into the mix and for a while it was cool to be associated with boxing. The next step I took in expanding my knowledge was perhaps the most vital one – at least until that autumn morning sharing breakfast with Tony Dodson.

Tony Bellew was a schoolmate. He was also someone who, by the age of 16, owned a boxing library that included some of the finest content imaginable: books, magazines and a tonne of videotapes featuring fighters from around the world, a collection that expanded on a weekly basis. Often reluctant to part with these gems, he could be ultimately persuaded. Coming from a world where I imagined British fighters to be the finest on the planet, I was left mesmerised by the content that appeared on VHS. I frequently devoured the likes of Roy Jones, Erik Morales, Tim Austin, Felix Trinidad, Oscar De La Hoya and Ricardo Lopez and it’s around this time that I found I could no longer quench my thirst for this sport.

Tape traders from Canada, Mexico and Australia became somewhat penpals, I scavenged in charity book shops for any boxing titles I could get my hands on. I bought Boxing Monthly and Boxing News the day they hit the newsstands regardless of whether I got pocket money, Jobseeker’s Allowance, weekly or monthly pay. Some of the articles fascinated me but I knew I was capable of writing better from an early age, despite leaving school with no qualifications and eventually becoming a university failure. My girlfriend, now my wife, bought me a laptop to motivate me, but it instead became a tool for me to scour Boxrec or Warrior Boxing whilst occasionally fancying myself as an online poker player.

The rise of internet boxing coverage throughout the new millennium ensured there was no shortage of platforms available to showcase my skills, but amongst the quality sites were countless pages of absolute garbage, and the fear of being told “No” by the people running these sites was paralysing. I explored an alternative option. Stephen Speed, a friend from my days as a Sunday League football icon, possessed the expertise to create our own website and weeks later, Merseygloves.co.uk was born.

Trainer Dave Tonks, a true gentleman whose gym I frequented, smoothed the passage for meetings with Dodson, Nathan Brough and John Donnelly, and I happily accepted press passes for Ricky Hatton shows featuring the likes of a rising Martin Murray and declining Derry Mathews. My motivation was at an all-time high and, despite not holding a driver’s licence, I made sure I was at every single show in the UK featuring a Merseyside fighter.

Amongst them was a Stoke epic that saw the simultaneous-knockdown fight between Cello Renda and Paul Samuels. In fact, I’m certain that fight opened the show, so the first bout I ever covered with a credential was that small-hall classic. The faces at ringside become more familiar and in no time the beginnings of shows became bouts of small talk with esteemed show travellers such as reporter Andy Whittle and photographer Jane Warburton. The Liverpool amateur scene extended its arms out to me with Salisbury ABC president, Alan Lynch, giving me the once-over before providing the necessary permits to cover the local unpaid scene.

I also worked without compensation, but my enthusiasm contained a greater value and that only increased when a chance conversation with Nick Peet, then the Liverpool Echo boxing correspondent, gave me the chance to temporarily move away from the Merseygloves website and write for that paper regularly, with the amateur and small-hall scenes effectively constituting my patch. This gave me pride and prestige, alongside the first of many headaches. Amateur club presidents leaving you abrupt voicemails accusing you of favouring other clubs, and emails from boxers’ parents stating you didn’t give their child enough coverage, were unwanted stresses for someone who was essentially a volunteer. That said, I accepted that if this was what I was going to dedicate my time to, and should I wish to aim for the stars, then I would have to develop a stronger shield to deflect these unwarranted attacks.

The work for the Echo kept coming and in January 2010 I was back in Stoke for the Renda v Samuels rematch and seated next to Danny Flexen from Boxing News. That aforementioned chit-chat was present again as we talked through several topics such as pro wrestling and football, the discussion mitigating the atrocious action in front of us as main eventers David Dolan and Rob Norton embraced plentifully for 12 numbing sessions. We spoke again via email the following week and agreed that I’d contribute articles primarily from my Liverpool parish, and this exposure helped my profile greatly. Months later, I covered my first live show for Boxing News as Derry Matthews ended a nine-month exile by outpointing Kristian Laight. It was the first time I had been paid for an article.

With my Boxing News work receiving generous praise and the Merseygloves website hitting respectable numbers, Peet, Speed and myself embarked on an ambitious project to bring the website to tangible life in the shape of a print magazine dedicated to the Liverpool fight scene. Eyes wide open, we approached several businesses for sponsorship and advertising and received great support from local businesses, and in no time we had our first copy available in a number of outlets. The publication had a short shelf life with only eight editions produced but we enabled hundreds of fighters to receive a modicum of exposure that may have remained a distant dream without the magazine’s existence. Long hours, second jobs and a prevailing lack of finance were the key factors in the title failing, but valuable lessons were learned and more beneficial experience was picked up.

From that point on, I provided Boxing News with a number of ringside reports from the North West area as well as the occasional feature when work was commissioned by then-editor, Tris Dixon. Social Media became a central part of my writing life in 2011 and, around that time, I came into contact with Dave Coldwell. He probably doesn’t remember this but we had sat down for a long chat in the build-up to Dodson’s British title challenge to Paul Smith in 2010. Coldwell had come a long way since then and now he had ambitions to launch his Coldwell Boxing promotional entity on to Sky TV. His non-televised shows were classy and he was quick to draw his guns when discussing his ideology of staging competitive, enjoyable matches throughout his bills.

In 2012, Coldwell gambled and won the purse bid for a Tony Bellew v Danny Macintosh, a British light-heavyweight title fight, and staged it at the Echo Arena. We shared private messages regarding the show as I believed I had the necessary media contacts to aid with ticket sales, and Dave ultimately brought me on board for the show, tasking me to liaise with regional newspapers and radio. A few weeks later, Coldwell, after speaking with Flexen, asked me to join his team and it’s a role I’ve enjoyed ever since. There have been highs such as Bellew’s world title win at Goodison Park, and sour moments such as the tragic Anthony Crolla-Kieran Farrell fight which brought a premature end to the latter career, although he is now a rising promoter himself.

In 2015, boxing historian, Gary Shaw and I co-authored The Mersey Fighters 3 book. Shaw had penned the first two volumes and was a regular contributor to Merseygloves, while he also contributes outstanding work to BBC Merseyside. Gary, along with Peter McDowall, gave me my first taste of radio work, which in turn propelled me to feature on Anfield FM’s boxing podcast with Shaw live every Tuesday in front of an audience. The show ran for close to a year and featured a large percentage of Merseyside boxing personalities across a variety of eras.

With the book instilling an enormous sense of satisfaction and its release coinciding with the birth of my first child, my daughter, I decided to test myself as a writer and no longer rely on the faithful Liverpool fight community that had served me so well. Regular chats with Matt Christie, who rose to editor of Boxing News in 2015, highlighted a desire for untold, neglected stories, and after arming myself with a number of American contacts, I set out to record tales either never spoken about publically or at least not for a long time. With this change of direction came a series of fascinating results that delivered the finest work of my writing career thus far.

Breakfast, it may have been brunch, at the Dodsons was the first step on a journey that has taken me to every fight venue imaginable in the UK, and all the way to the neon dream of Las Vegas. This industry, boxing writing, isn’t designed to make people rich or provide incomes to feed families. At its lowest it’s a freezing world with colder people but there’s enough warmth to thaw you out if you look in the right places. A regular at ringside, I’ve seen so many come and go and I know the majority intend to use boxing for a quick pound as their only image of the sport is a manufactured one. This distortion ignores the 19-year-old debutant working two jobs and spending his spare time alternating between the gym and selling tickets, as he fears his promoter may not have enough money to pay him if he can’t muster up 150 family members or friends before the following Friday.

The ones who do tend to stick around are a rare breed. A dedicated pack who realise that this is a labour of love that can take you anywhere you want as long as you know there may not be a pot of gold waiting for you at the end of the rainbow. Get stories, speak to your heroes, cover fights and make friends – these should be your priorities if you are serious about becoming a boxing writer because they might be the only perks of the job you’re ever likely to receive.

Anything else is really just a bonus.