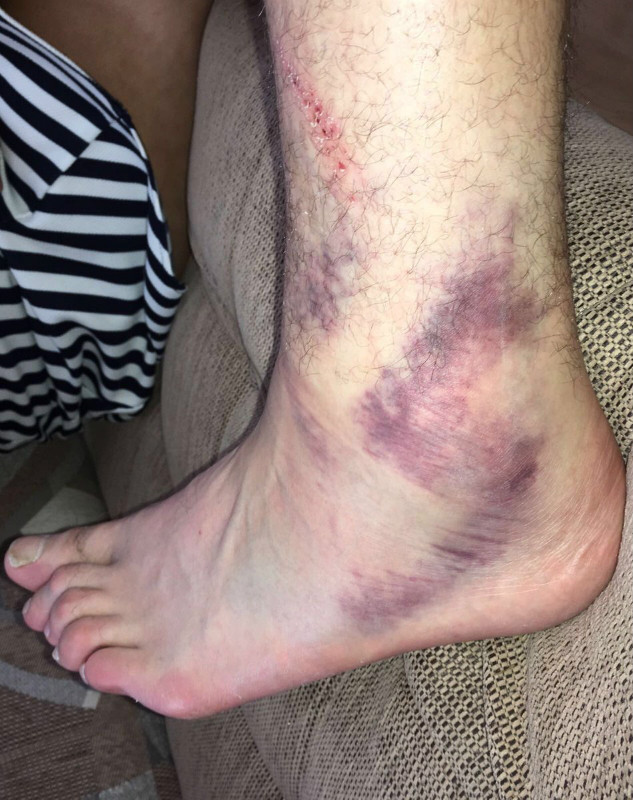 World heavyweight champion Tyson Fury has withdrawn from his schedule fight against Wladimir Klitschko, after suffering an ankle injury during a run in the Lake District.

WBA and WBO holder Fury, defeated Klitschko to claim the belts last year and was due to make the first defence of them against the former champion in a rematch on July 9th in Manchester. But today (Friday) he broke the bad news that the fight was off! Fury posted on his Instagram account a video of him explaining why, how the injury occurred and added, that doctors have told him to rest the ankle for 6-7 weeks. He apologised to his fans and promised to get back in the ring again soon.

“The fight will be postponed! Sorry to all my fans, to let you all down, but injuries do happen.” said Fury.

“The fight is still going ahead as soon as the ankle is better, we will reschedule.”

Later on, Fury’s uncle and trainer Peter, took to his Twitter account and posted a picture of his nephews badly damaged ankle and re-assured doubters that the injury was legitimate and confirmed the fight will be reschedule and will defiantly still happen at the Manchester Arena. He added that date could even be confirmed today.

“So theirs no doubt of injury thank you. & sorry to our fans. Fight date will be postponed with new date released very soon prob today.” said Peter Fury.