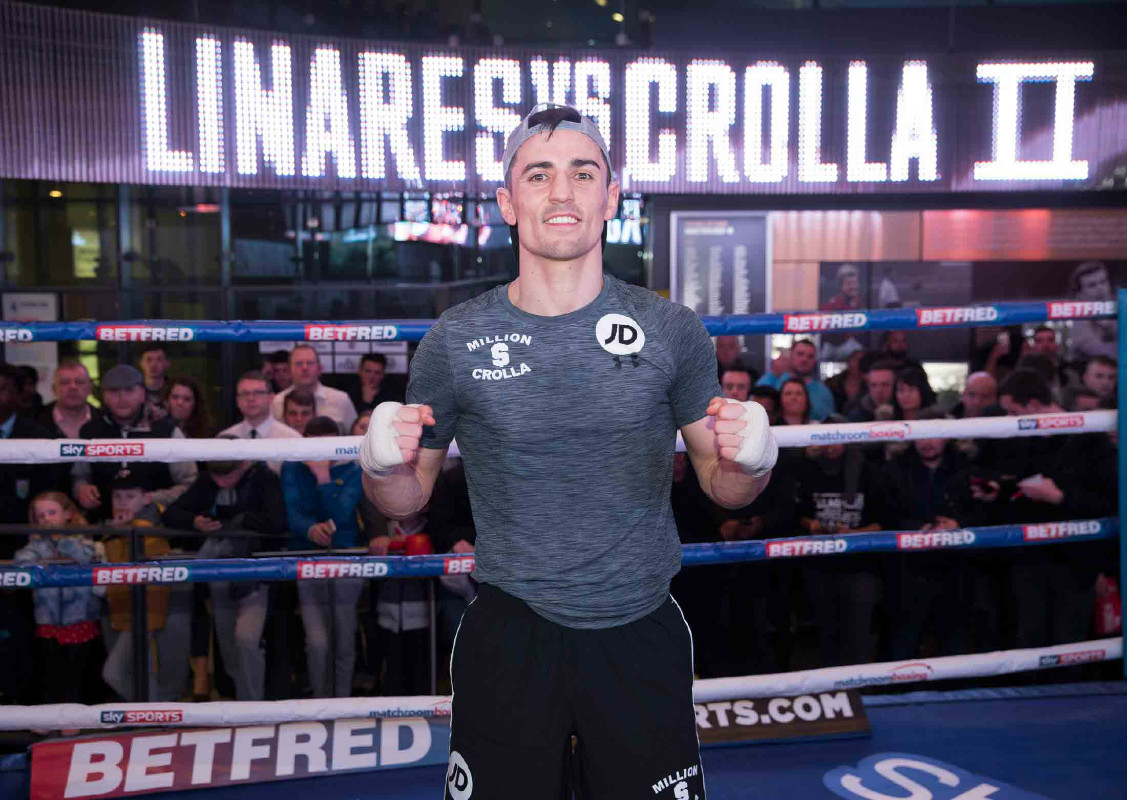 Crolla, lost his title to Linares last year in a competitive match up against the elite level Linares, 31. The fight itself did not disappoint, in a cauldron of noise the two likeable fighters with big hearts fought it out for all the glory. Crolla acquitted himself very well and started the strong but Linares proved to have that extra touch of class, hurting Crolla badly in the 6th round and coming on strong down the stretch.

To the credit of both boxers, the eagerly anticipated rematch was made quickly and with little fuss, the two teams clearly having respect for each other and honouring their agreements at both ends.

Anthony Crolla is a local hero in Manchester and his fans are desperate to see their man regain his world championship mantle. We are under no illusions this is a immense challenge. The Venezuelan is a class operator, flashy combinations and a fluid, relaxed style, with power and speed to burn.

But Crolla has been in deep before, in previous fights against the likes of Perez and Barossa and over came the odds to defeat the challenge in front of him. In the past when Crolla has been written off he has proved he can upset the odds and find something inside to overcome and prevail and there is not reason he cannot do it again but he will need a career best performance and he believes he has what it takes to do it..

“I’m a realist. I know I have to be the best Anthony Crolla to beat Jorge Linares.

“I’ve worked hard in camp, but I’ve also worked smart. I really believe if I show the improvement I have made in the gym in the ring, I’ll get my belts back and win a great fight.

“I’ve got great self-belief. I see where I made mistakes last time and there’s more room for improvement.

“If I bring that into the fight, it can be a different result.

“I’m looking across at those belts, I want them in my house, I want to take them home to my little boy. I know that if I win that Ring belt, I’ll be joining an elite club.

“I always thought nothing would top winning the world title here, but winning back my belt would be the highlight of my career.”

Linares who has won four world titles at three different weights, was equally as confident and told the press today he has come to Manchester and will enter the fight, in his mind as the challenger and is confident he will get the rematch victory.

“I’m back and I’m happy to be here,” said Linares. “I know I will have all the fans against me. That’s why I have trained hard.

Whatever the outcome we must salute both of these fighters, they are a credit to the sport. Their conduct has been impeccable in the lead up to this fight and their role as ambassadors in boxing is well justified and earned. Two great fighters with different styles in the ring, are similar outside of the ring, both humble, both genuine and both men that deserve the respect from the boxing public. This should be a cracker!

There is a great undercard line up, including the Blackpool middleweight grudge match between friends Brian Rose and Jack Arnfield, which promises to be an intriguing scrap with plenty on the line, not to mention Arnfields WBA International strap.

Here is the running order for the show and below the full uncut press conference video and our Rose Vs Arnfield preview video.