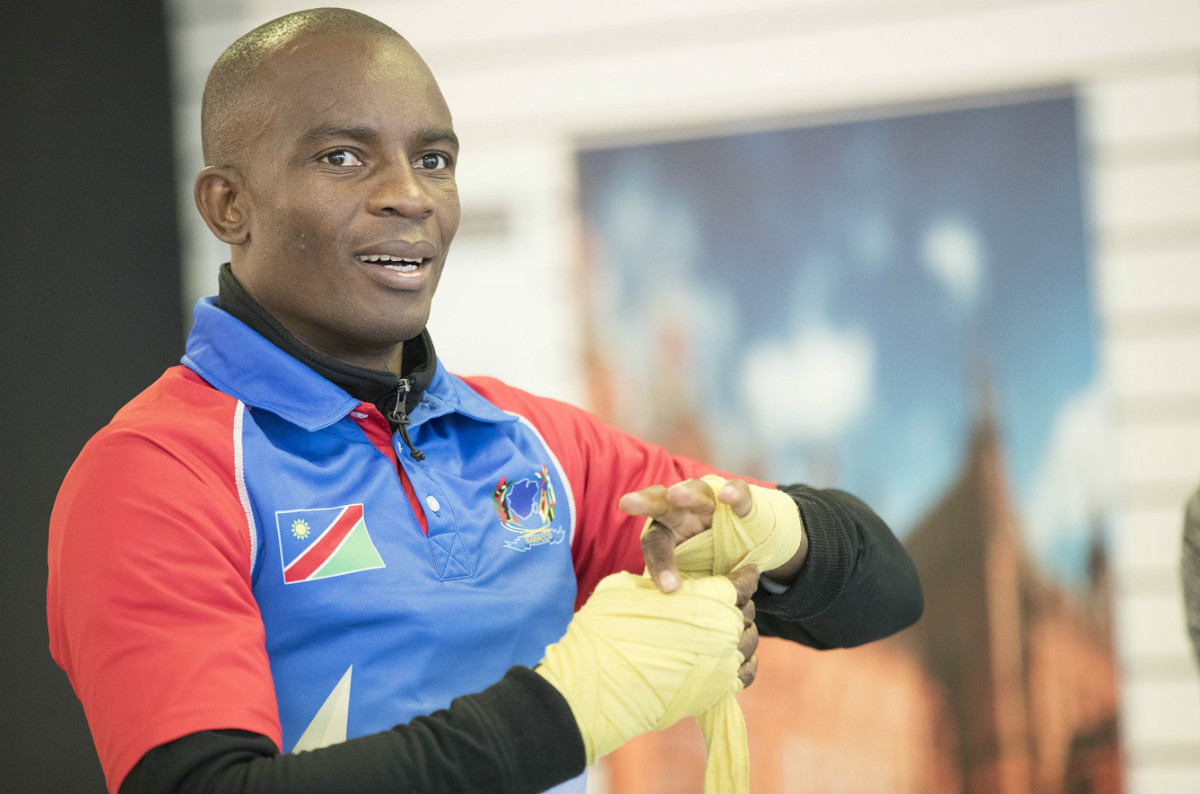 Indongo is looking to add Burns’ WBA strap to the IBF and IBO belts he won in spectacular fashion in December when he travelled to Russia in his first fight outside of his homeland of Namibia and delivered a devastating one-punch KO win over champion Eduard Troyanovsky.

That was a third straight win inside the distance for the 34 year old who carries raw power and is a nightmare on paper as a tall, rangy Southpaw. 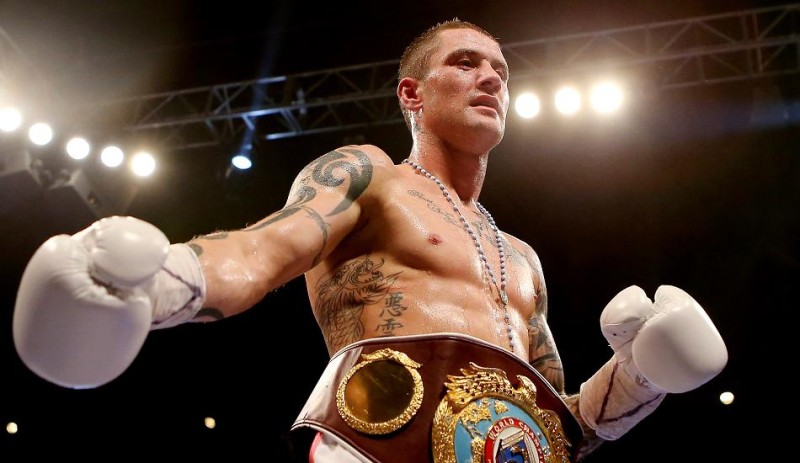 Indongo feels that his win in Russia has been dismissed as a fluke though, and he is coming to Scotland to prove that he’s the real deal.

“We’re focused and ready,” said Indongo. “I’ve polished the tools and technique for the fight. He’s picked us which is fine with me. It’s not easy to fight someone in their backyard but you need to make sure that you are totally prepared for the task.

“We don’t have any doubts in this team. The aim is to keep winning. I’ve heard what they’ve been saying. They said it was a lucky punch that floored Troyanovsky. It’s always easy to talk. Bring Burns in front of me and we will see who is the best.”

Indongo says he’s always known that he would need to travel to secure major fights having boxed at home for the first 20 bouts in the paid ranks. The Glasgow crowd are sure to give the visitor a hostile reception as he walks to the ring, but he has a warning for both the fans and Burns – that nothing will distract him from his task.

“Fighting away from home has never been a problem,” said Indongo. “I know that we cannot host such a huge event in South Africa so I am always prepared to travel. There’s only Ricky and me in the ring, the fans will have no effect on me.

“The KO will be a bonus but we’re training for hard rounds, I am undefeated and have no doubts that I will stay that way.

“We are not that well recognised in the world of boxing but I warn you – do not underestimate us, because that’s what happened in Moscow.”

Indongo follows in the footsteps of fellow countryman Paulus Moses who challenged Burns for his WBO Lightweight crown in March 2012, and the ‘Blue Machine’ believes that Moses was short-changed by the judges that night, as was Kiryl Relikh, who was edged out on points by Burns in his first defence of the WBA in October.

“I thought Paulus won the fight but maybe he didn’t win because it was in Scotland,” said Indongo. “I don’t think he beat Relikh either, but you cannot look at that, he must not take me lightly or make mistakes.

“The sky is the limit for me. I will fight anybody, but the dream is to fight in Las Vegas, I want someone to make me a bigger offer to fight there and defend all the titles, including the WBA belt I will win.”

Indongo’s clash with Burns is part of a huge night of action in Glasgow, and the undercard is led by a pair of British title fights as Scotty Cardle looks to land the Lightweight title outright when he faces Robbie Barrett and Charlie Edwards and Iain Butcher clash for the vacant Super-Flyweight title.

Rio Olympian Josh Kelly makes his pro debut, his Team GB teammate Lawrence Okolie boxes for the second time in the pros, Charlie Flynn fights for his first pro title as he faces Ryan Collins for the Celtic Lightweight title and Joe Ham takes on Scott McCormack for the Scottish Super-Bantamweight title.