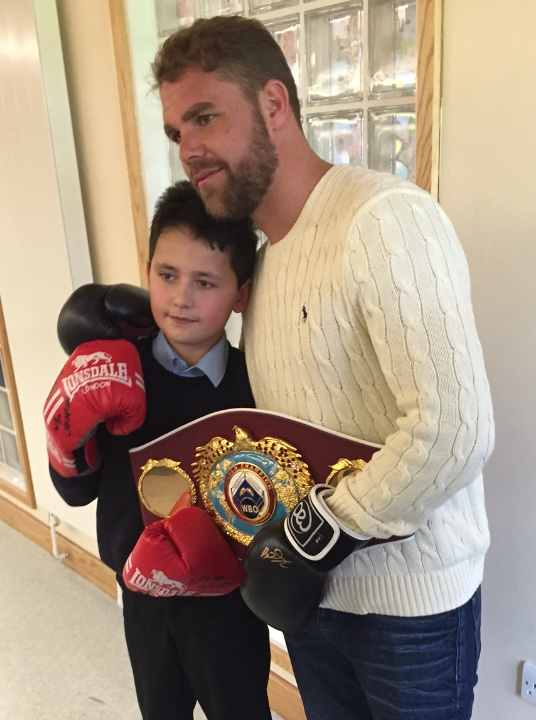 Birmingham’s Tommy Langford was beaten by Avtandil Khurtsidze with a fifth-round stoppage as the Brooklyn-based Georgian claimed the Interim WBO Middleweight belt to set up an intriguing bout against undefeated WBO World Champion Billy Joe Saunders.

Khurtsidze came out swinging, putting Langford under relentless pressure from the off. He caught Langford a couple of times with his vicious left hand and barely took a step back during the opening rounds.

British Champion Langford was drawn in to a slugfest at times, unable to keep the 5′ 4″ ‘mini Mike Tyson‘ at bay. It was a huge left hand from Khurtsidze that finished the fight, Langford dropped his hands and was unable to avoid the shot.

Saunders was unimpressed with Khurtsidze’s win, stating: “No disrespect to him but I will show you what he is when I fight him. All he is to me is a puffed up Danny De Vito coming forward throwing punches.

“He will never beat me ever and I will make him look stupid. Tommy should have got on his feet and made him miss and made him pay.”