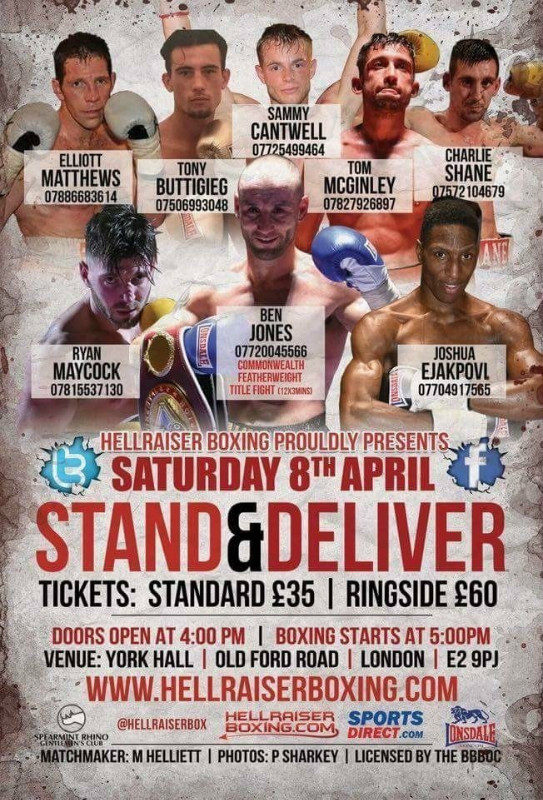 Ben Jones and Jason Cunningham clash for the vacant Commonwealth featherweight championship at the York Hall in Bethnal Green on Saturday night.

Cunningham, a southpaw from Doncaster who’s won his last four fights, can become a two-weight Commonwealth champion having previously won bantamweight honours, while Jones hopes victory will help him climb further up the world rankings.

The 34 year old punching machine from Crawley has recently reached No 11 in the WBO rankings.

He is there after winning the WBO Intercontinental belt and because he held a lofty ranking with the WBO at the time, Jones was considered as a possible debut opponent for Vasyl Lomachenko when the brilliant Ukrainian turned professional after his outstanding amateur career.

That didn’t happen, but Jones said: “Something big could happen this year”.

“If I win this fight, I will stay in the world rankings, maybe get in some more, and then I can look to push on for a really big fight.”

The show also features the return of Bexleyheath flyweight Sammy Cantwell, while the likes of ‘Hollywood’ Josh Ejakpovi, and Elliott Matthews look to extend their unbeaten records.

The fight goes ahead on a show co promoted by Mickey Helliet’s Hellraiser Promotions and Mo Prior’s Warrior Promotions.