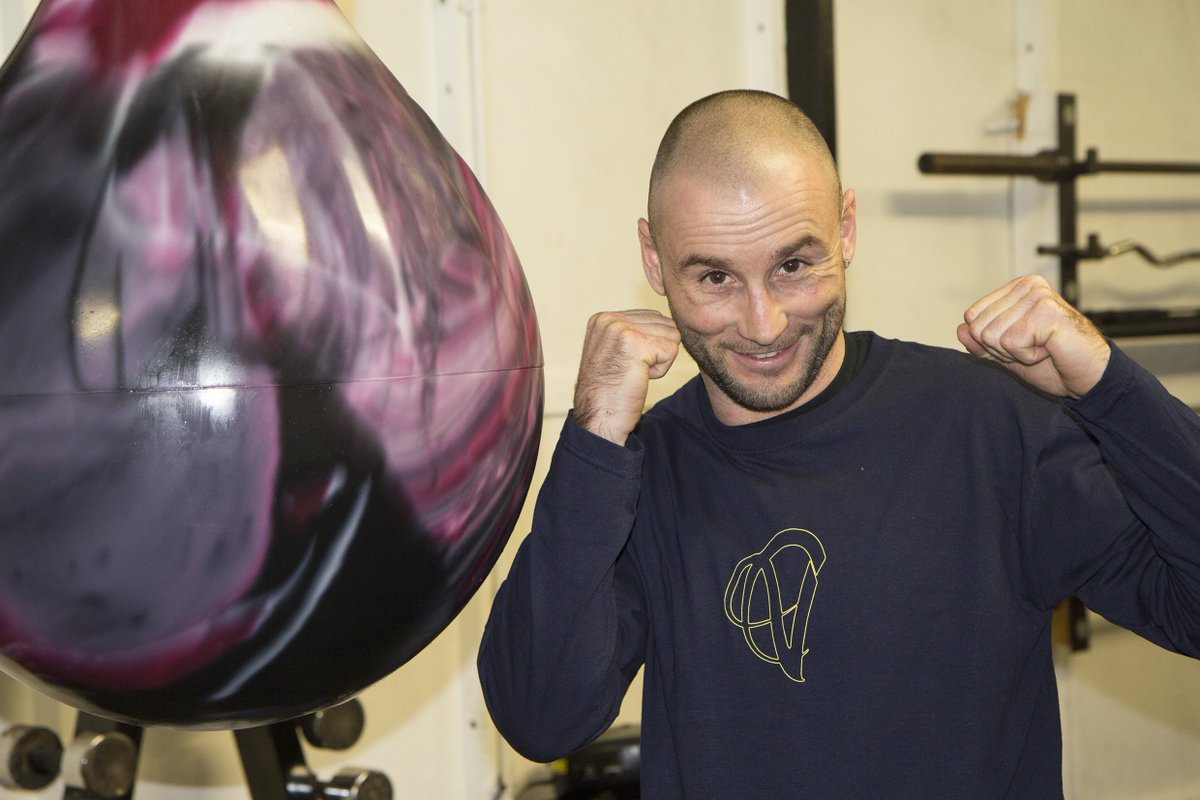 Ben “Duracell” Jones isn’t an easy man to get hold of. We spend most of the afternoon and into the evening playing phone tag. I start off by calling him at the appointed time and the line just rings out. I try again a few minutes later and receive the same ominous result. I then get a text saying that he will call me in “30 minutes.” 90 minutes later the phone rings but I am driving and unable to pick up. When I arrive home I try dialling again only to get more radio silence.

I text him to try and reschedule for a more convenient time. He immediately pings me back with “So sorry. I’ve had my 3 year old daughter all day. But, free now if any good.” Now his lack of time management and unavailability all become crystal clear. I have three kids, including one a little over a month old. I know this game inside out.

He answers the phone with a cheery “Hello mate.” The kind of greeting where you can visualise the smile, at the other end of the line, beaming from ear-to-ear. After two minutes it is impossible not to like him. The thing that immediately hits you with Jones is his breathless energy. He speaks in fast-paced sentences that dart this way and that. His words unrestrained and underpinned with an appealing coating of modest affability.

It immediately becomes obvious why he has attracted the nickname “Duracell.” His positive energy is irrepressible and completely infectious. Growing up as a kid with ADHD it was his despairing Mum that came up with the brilliantly appropriate moniker. Boxing became a vehicle for him to harness some of that unrestrained energy and to deplete his hyper-active reserves sufficiently to enable him to focus in class. He fondly remembers the efforts of his parents and school teachers to support him.

“Pretty much throughout my whole school life I stayed behind every single night, to do an hour of sport. From there I would go to the boxing gym and after boxing I would go to football on Tuesdays and Thursdays. It was like three or four hours a day, every day.”

“Doing all that gave me the ability to learn at school. Even to the point at my senior school where I would come in early to do a cross-country run. It made it easier otherwise I would be messing about all the time.”

Coming from a boxing family, Jones references that his Dad could have really done something in the ring, but for a little more focus. His maternal Grandfather was a forces champion at bantamweight with over 200 career victories and with losses that could be counted on a single hand. I quiz him on childhood heroes and he concedes that he can’t look beyond the peerless “Sugar” Ray Leonard. Even going so far as to name his pet dog “Leonard” and another “Marvin.” I proffer up “Roberto” and “Tommy” as future canine options and he is polite enough to indulge me with a small chuckle.

Ben “Duracell” Jones will be 36 in a couple of months and has already entered his twelfth year in the professional ranks. He was once a “top four” amateur in the same intake as Anthony Crolla, Frankie Gavin and Amir Khan. He has previously secured an English title as well as WBO straps at Intercontinental and European level, all in the super featherweight division. There are many fighters out there that would be happy with this level of achievement. However, for a man of Jones’ obvious ability, determination and support –he counts the likes of Neil “Razor” Ruddock and Des Walker among his ringside fans- there is also a creeping sense that his career should and could deliver more.

An overall record of 22-7-1 doesn’t really feel like it does him full justice. Especially, with his last two outings culminating in unsuccessful tilts at the Commonwealth belt. The second of which, he and his supporters vocally pushed for through social media, following his earlier unsatisfactory loss to Jason Cunningham.

Facing off to Reece Bellotti at London’s O2 on the undercard of the Okolie vs Chamberlain matchup, he was stopped in six rounds. Jones is philosophical concerning the defeat.

“I have no excuses. He’s a good fighter. But, I hadn’t trained all year and I only got the fight at 5 ½ weeks’ notice. I wasn’t going to turn it down. I trained hard and did all I could.”

On last April’s York Hall split decision defeat to Jason Cunningham he is respectfully candid “I think the decision was bad but that’s boxing. It’s an opinion at the end of the day. It’s not like it was all one way.” What he has more difficulty in accepting though is in respect of the officials that were appointed for the fight. A York Hall fixture should have been a hometown event for the Crawley based Jones – who maintains a dedicated London following – against Doncaster’s Cunningham. However, on the night, the referee and two of the judges proved to be from the Doncaster area. While this doesn’t point to any specific malpractice it is a state of being that just would not be tolerated in any other sport.

I ask Jones what is next. He is very open in acknowledging the fact that he knows his boxing career is nearing the exit. He set up his own plumbing and heating business as a nineteen year-old, so when he does decide to call it a day, will eschew the tired old cliché of the struggling ex-fighter. He has no firm dates in the diary for a ring return and so I throw out the prospect of a Cunningham re-match. He is open to the idea, but following the Doncaster man’s loss of his title to Bellotti, he doubts it is a realistic matchup.

“I personally think the money’s not going to be there. But, on the right show, of course I would take it. To be honest, I would approach it in a whole different way. But, realistically on a little show, it isn’t going to happen.”

“Money” is a recurring theme in our conversation. As it should be for any person putting his head and body on the line for the enjoyment of others. If the money or the titles are not there then why do it. Rather than his boxing career setting him up for life he makes the frank admission that the sport has actually cost him financially. Even going as far as to put the money up for the Cunningham title fight himself.

Jones has many stories of Poker player style bad beats, wrong turns, injustices and missed breaks. But, all are recalled with a smiling shrug and an absence of any malice or self-pity. He started out with Barry Hearn at Matchroom before joining up with Maloney promotions. Neither worked out for him and with the benefit of hindsight he accepts that he probably could have done things differently.

“I would do my career totally different. I took Stephen Smith on three weeks’ notice and had to lose a stone and a half. My trainer should have said ‘you can’t do that it’s ridiculous.’ The shape I was in my little sister could have knocked me out.”

“I was bad. He didn’t actually connect properly with any shots. If he did I would have been in a bad, bad way.”

But, there is the underlying sense that the required opportunities have never quite manifested themselves at the right time. That, since he cut the tether to Matchroom and the big boys, he has lacked the connections to fight on his terms. He says.

“It’s who’s behind you. It’s the money behind you. I made a decision leaving Barry Hearn at the time. It was an unlucky, bad move. I ended up coming out of that with no promoter and stuck on the scrapheap. But, I thought no. I am good enough. I will go my own way.”

“But you look back and its two years on. I’m then 32 or 33 and people don’t want you anymore. Things came off but not quite, because I didn’t have the money behind me. Maybe if I had an amazing manager that knew exactly what he was doing, things could have been different.”

Jones can take pride in the fact that over the course of his career he has ducked nobody and fought anybody regardless of how unfavourable the conditions. A resume that includes the quality of Lee Selby, Stephen Smith and Reece Bellotti is a worthy one. However, any pride is tempered by the thought that had he been better advised and more strategic in his choice of opposition, the titles and big paydays could have been more readily available.

I ask him if there was any truth in the rumour that he once signed to fight Ukranian superstar Vasyl Lomachenko. He answers with his usual honesty.

“I didn’t sign the contract. I agreed to all of the terms. It was his first pro fight ever, mind you. They offered me $120,000 to fight in Vegas. If I had gone out there and fell over in the first round, would I have been a rubbish boxer? No. Look at him now! The payday and the whole Vegas thing would have been great.”

The clock may be ticking and the landlord soon to call “last orders” but Jones is still ready and waiting for the right opportunity. There are many in the sport that would love to see him uncover that career defining victory.

But before all that he has Neil “Razor” Ruddock’s 50th bash to look forward to in Vegas. In old Frank Sinatra “Rat Pack” parlance that gig is sure to be a “gas.”