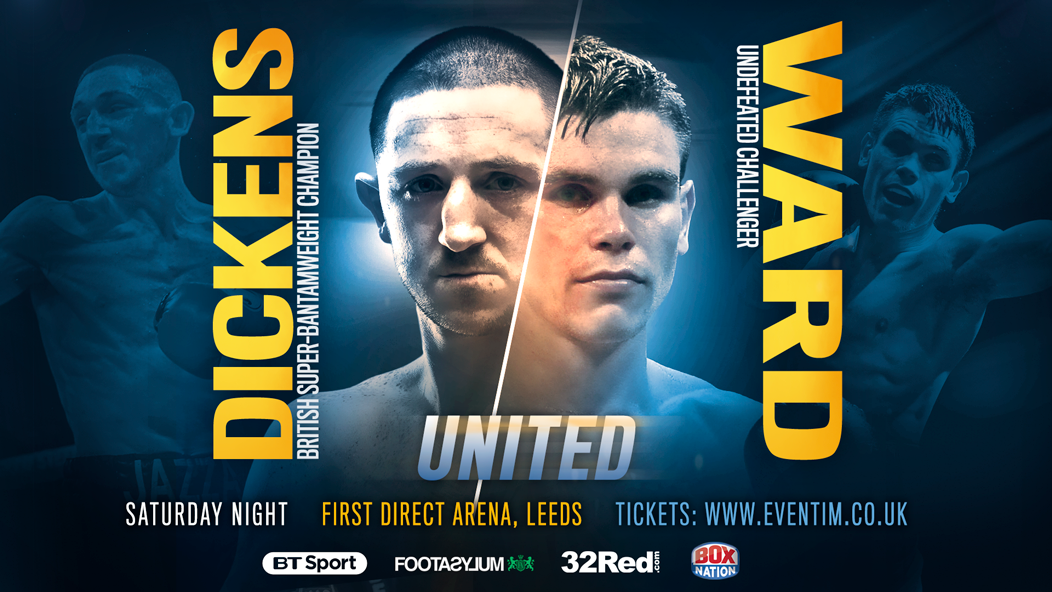 But the habitually upbeat and staunchly religious 26 year old, who returns after 10 months with a second defence of his British title against County Durham’s Thomas Patrick Ward in Leeds on Saturday, insists the tribulation has simply strengthened his resolve.

He says: ‘The ‘Rigo’ fight showed me that I have to really up my game, if I’m to come back better and fulfil my dream of becoming world champion, a dream I’ve carried since I saw a picture of John Conteh with that green WBC belt on the wall of the gym when I first started boxing. Back then, I couldn’t even skip but I knew I WOULD be world champion.

‘The break happened about 30 seconds into round two. I hoped the jaw might become numb with the adrenalin but the pain was actually getting worse – excruciating – and, in hindsight, Paul and Mick did the right thing to ‘pull’ me. Back in the dressing room, me jaw was ‘hanging off.’

Sharing six minutes with the unbeaten double Olympic champion from Cuba titillated Dicken’s taste buds for a future at the very highest level.

‘Hopefully, God willing, we can go again, one day. Having fought for a world title is nowhere near enough to satisfy me. I have to WIN one.

‘But I took loads of positives from the whole experience. I was involved in the world media stage and with all the time differences and interview demands it was very difficult to get rest. I’ve banked that. For the immediate days after the fight I was actually on a ‘high’.  But once all the messaging and attention stopped it became difficult, particularly as I couldn’t spar for about five months to shake things out of my system.

‘Financially, it’s been quite tough because I fight for my living, to support my family and, for ten months, I’ve been unable to do that. I’m extremely lucky that my sponsor ‘Ste’ from The Barber Shop stood by me.’

A staunch Roman Catholic, Dickens claims that his strong spirituality has been crucial in helping him navigate some bleak days since ‘Rigo’ crushed his dream.

‘God will always be my best friend and this setback provided me with an ideal opportunity to act upon my faith – act upon what I’d read in my Bible about how to respond when things don’t go well – and come out even stronger,’ explains ‘Jazza’, a former European schoolboys medallist.

‘I’ve always been able to lean on God when I’ve been low. This experience can only help me for my future.’

As a statement of his intent, Dickens resumed light duties at the Everton Park gymnasium within a few weeks of incurring the fracture and has systematically flogged himself back into peak fighting fettle, ahead of his ring return this weekend.

‘I certainly weren’t ‘gunshy’ when I got back into the ring. I’d been through it all before, following the (2013 tenth round knockout) loss to (Kid) Galahad,’ he disclosed.

‘In fact, when Paul first allowed me to body spar I was deliberately ducking my head into the punches to get used to the contact. That got me banned from sparring for a week!’

Reports from inside his camp imply Jazza is as sharp as he’s ever been and fanatically focussed on fulfilling his goals at international level.

‘I put no limits on it,’ he concludes.

‘However long it takes, however many bad nights or upsets I endure along the way, I know I will get to that world title in the end. It’s my mission in life.’

Remaining tickets for Warrington vs. Martinez on Saturday night are available from Eventim