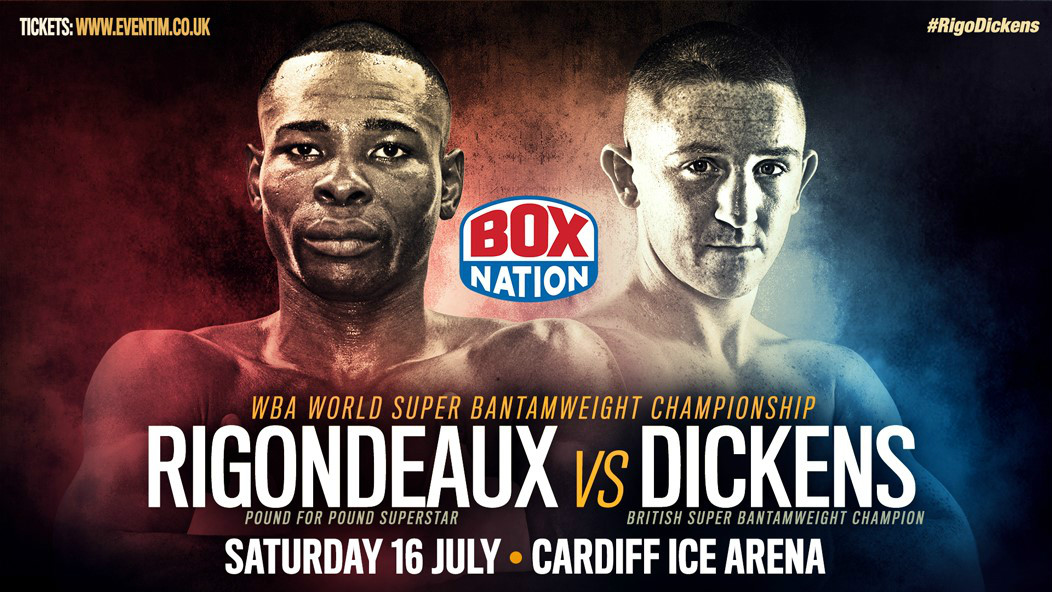 Liverpool’s Jazza Dickens has been handed the chance of a lifetime and after it was confirmed he will challenge one of the world’s top pound-for-pound boxing stars Guillermo Rigondeaux (16-0, 10 KOs) for the unbeaten Cuban’s WBA Super-bantamweight title at the Cardiff Ice Arena on July 16. Live on BoxNation.

Jazza was meant to face Rigondeaux in March at the Echo Arena but the Cuban had issues and for one reason or another he didn’t make it to the UK and the fight was cancelled. Jazza still fought that night but could be forgiven for thinking his chance to face the No1 super-bantamweight had gone.

Last time the world title wouldn’t have been on the line, as Rigondeaux had been stripped of it for failing to make a defence. But the WBA have recently reinstated him as their champion again and so the fight now has a world title tag, but everyone knows that Rigondeaux is the best in the division bar non, and title or no title, to defeat him would be a huge feat.

In a real ‘Rocky’ story Dickens heads into the fight as the massive underdog, but he has a once-in-a-lifetime opportunity to rip up the script and catapult himself into the world’s elite by defeating the Havana hitman.

Dickens, (22-1-0 7 KO’s) holds the British Super-Bantamweight title and is currently on a red-hot six-fight winning streak since suffering his first career loss to Kid Galahad back in 2013. Everton Red Triangle man Dickens has an opportunity to write himself into the history books by becoming the first Liverpool fighter to hold a WBA world title.

The Scouse battler is a local hero with his down to earth, jack-the-lad, character, but has a steely determination to upset the odds on the biggest night of his life.

“People have already told me that I have no chance of beating him but when I look in another man’s eyes I can see he’s just the same as me. I’m a man and he’s a man; we both feel courage and we both feel fear. On the night we’ll be stepping in the ring as equals and I believe I have what it takes to beat him; I wouldn’t have taken the fight if I didn’t,” said Dickens.

“I’ve always said things happen for a reason and this proves it. It was disappointing the fight didn’t go ahead last time but this time it’s for a world title; I’m extremely grateful for the opportunity. Fights like this don’t come around every day so I’ve grabbed it with both hands.

“It’s been my childhood dream to be the best in the world and this to me is a golden opportunity to become the best by beating Rigondeaux. Becoming the first Liverpool boxer to win a WBA world title would be a huge honour.”

Undefeated Rigondeaux, who fights out of Miami, Florida, is regarded as the world’s best super-bantamweight and the dangerous 35 year-old is a former two-time Olympic Champion and as a pro unified the WBA title with the WBO belt when he outpointed Nonito Donaire in April 2013. He is used to fighting on away soil and has already graced rings in America, Mexico, Ireland, China and Japan is looking forward to showcasing his skills on the these shores for the first time and promises to give fans a real eye-catching display.

“I am excited to announce my next fight against Jazza Dickens in the UK on July 16th. I look forward to seeing all of the great fans of the sport in the UK and giving them an unforgettable performance. It’s unfortunate this fight could not happen sooner as planned but thanks to my team, we are now prepared to put on a great show.”

He added: “I would like to thank Frank Warren, Roc Nation, as well as Caribe Promotions for putting this fight together. I would also like to thank Dickens for being a warrior, stepping up and getting in the ring, as there are not many who are courageous enough to do so. Many fighters like Carl Frampton would rather vacate their titles than face me in the ring. We are thrilled for this opportunity and are ready to give a legendary performance for all of the UK fans who have shown such strong support and love for the sport.”

BoxNation, the Channel of Champions, will televise the show live and exclusive on Sky 437/HD 490, Virgin 546, TalkTalk 415, Freeview 255 and also on smart connected devices via multiple platforms. CLICK HERE FOR DETAILS OR TO SUBSCRIBE 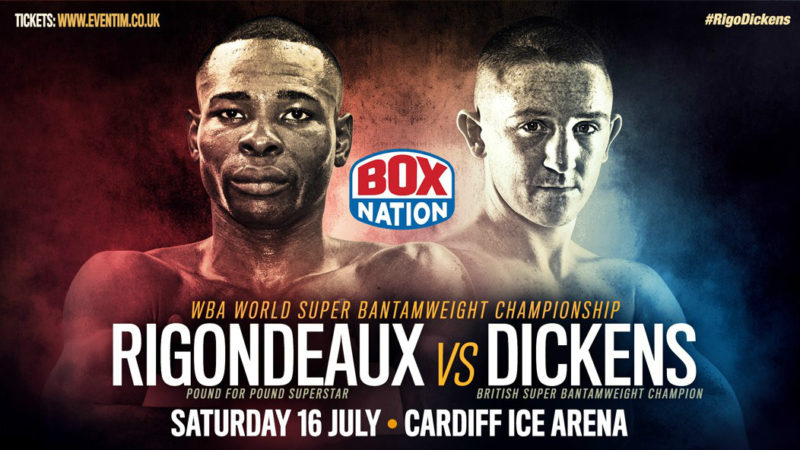