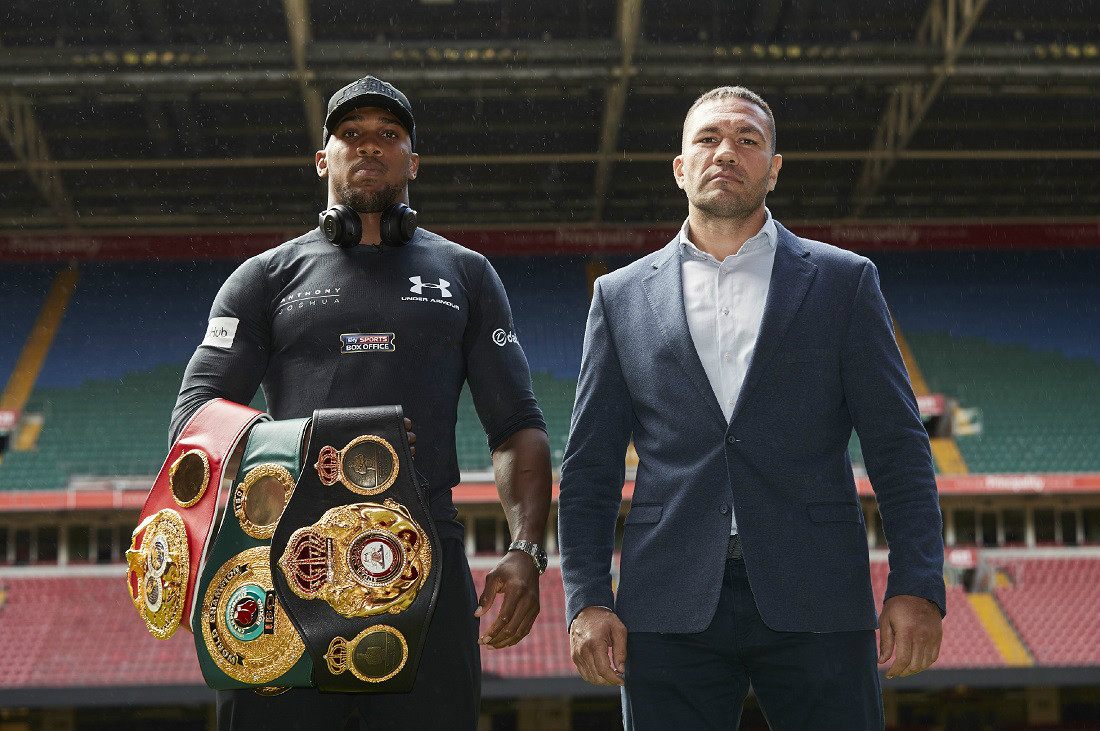 Anthony Joshua and Kubrat Pulev face off at the Principality Stadium in Cardiff - Picture By Mark Robinson.

A record breaking 70,000 tickets have been sold for the World Heavyweight title showdown between Anthony Joshua MBE and Kubrat Pulev at Principality Stadium in Cardiff on October 28, live on Sky Sports Box Office.

Tickets have been snapped up by fans eager to see the biggest star in the sport meet his IBF mandatory challenger in his 20th pro outing as he hunts a 20th straight KO win – and the event has become the fastest selling sporting show at the stadium, and has beaten the record set when 63,000 witnessed the rematch between Muhammad Ali and Leon Spinks at the New Orleans Superdrome in 1978.

“It was another incredible day at the box office for Anthony Joshua as he continues to cement his place as the biggest draw in World boxing,” said promoter Eddie Hearn. “The support he receives from the British public is incredible and has been an integral part of his success – the fans will be in for a great night on October 28 and we thank them all for their support.”

A star-studded cast line-up in support of Joshua’s clash with the Bulgarian, as Kal Yafai defends his WBA Wold Super-Flyweight title against Japanese mandatory challenger Sho Ishida and Irish sensation Katie Taylor challenges for her first World title as she takes on two-weight World champion Anahi Esther Sanchez for the WBA Lightweight crown.