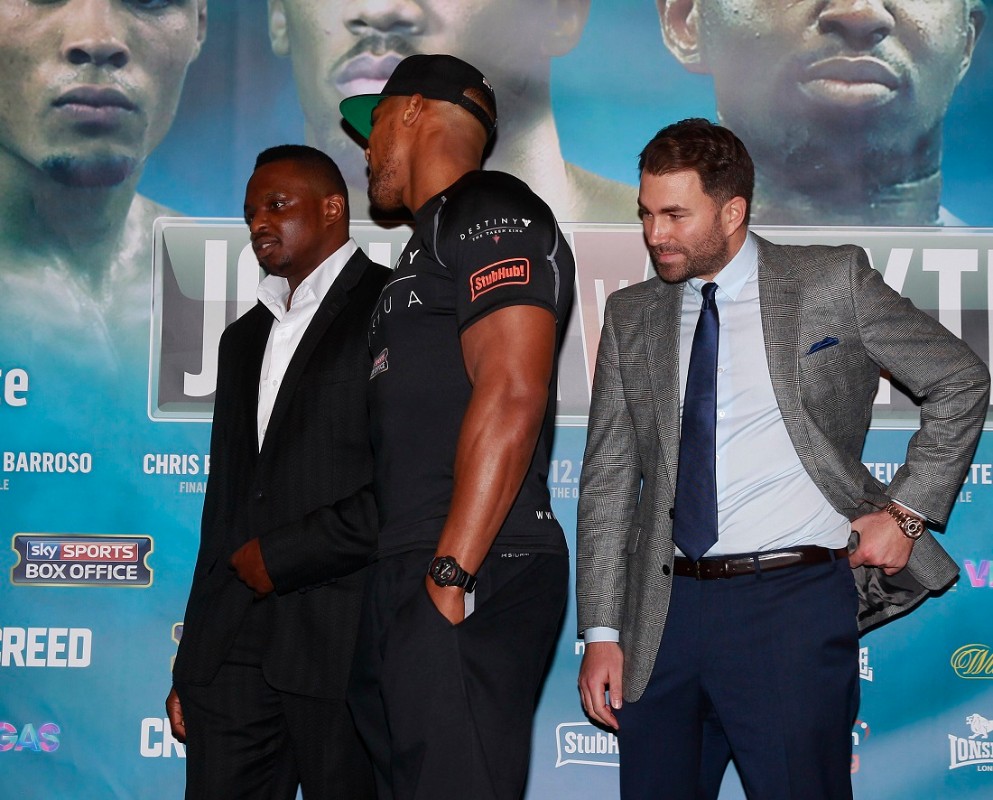 Anthony Joshua MBE gave away the chance to potentially walk second to Dillian Whyte in their British and Commonwealth Heavyweight title clash at The O2 in London on Saturday night, live on Sky Sports Box Office.

With the British title vacant, part of the negotiations were around who would walk first and Hall of Fame MC Michael Buffer was set to perform a coin-toss to decide the honour after a heated press conference today.

But as Buffer was could flip the coin, Joshua interrupted him and addressed Whyte, saying: “I don’t need to toss a coin, if you want to walk second it doesn’t matter to me, it’s irrelevant, whatever he wants to do, I don’t care” – meaning Joshua will walk first but be announced second in the bout.

Joshua’s gesture followed the tense final press conference between the unbeaten rivals that lasted almost 30 minutes, as the pair fired back at each other over their amateur battle, personal attacks and pre-fight predictions.

“He always wants to bring up the past,” said Joshua. “I’d rather focus on how I’ve found boxing and it’s turned me around.

“It’s not arrogant to say this will be another win inside three or four rounds – that’s how I handle my business. I do train for 12 round fights, and you can see that on my social media – maybe it’s that training that lets me finish fights early.”

“His team or sports psychologist must have said something to him today like: ‘Anthony, come out of your shell and be more forceful, make this man believe you are not scared of him’,” said Whyte. “It made for a great press conference.

“It’s always important to be calm and I am. I’m always relaxed and ready, the people around me make sure that I am not getting carried away. The win in the amateurs doesn’t make me believe I can beat him, it’s my heart and my courage that makes me know that I am going to beat him.”