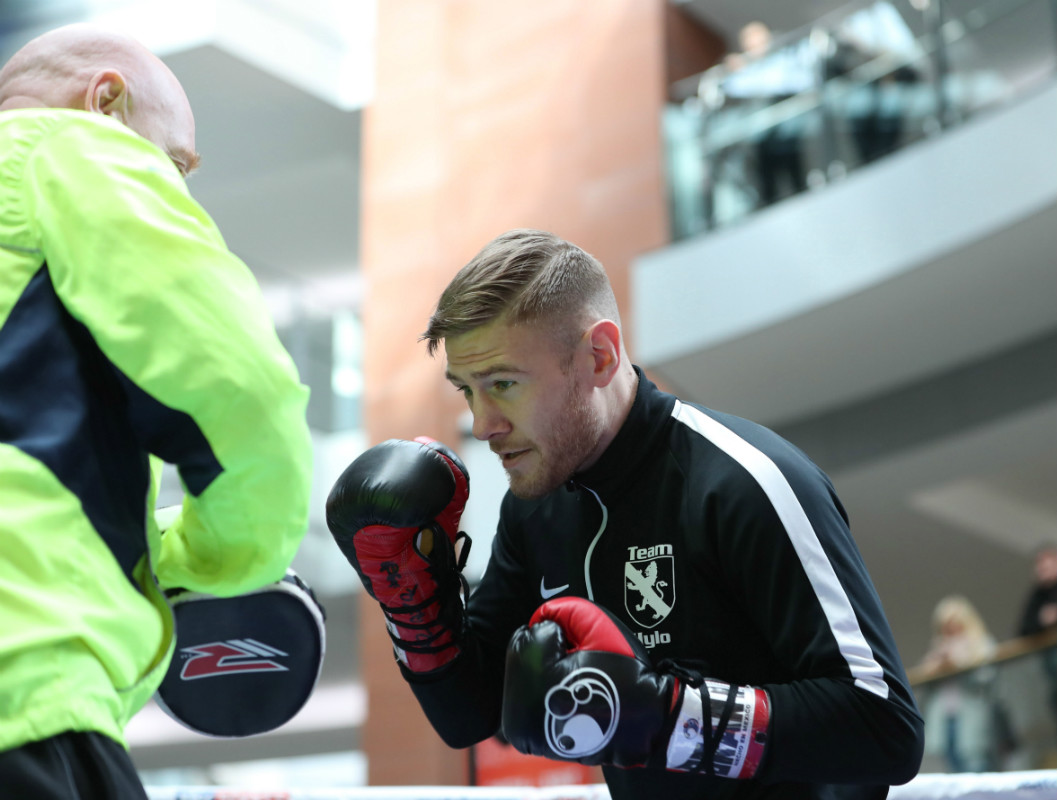 HYLAND JNR: I AM EXPECTING A WAR WITH ORMOND

Paul Hyland Jnr believes beating Stephen Ormond in style will prove he’s ready for the British Lightweight title as they clash at the SSE Arena on Saturday night, live on Sky Sports.

Hyland Jnr puts his IBF European strap on the line for the first time against the experienced Dubliner, and the champion says this is his first big test in his 17th pro outing.

The 27 year old won the belt in fine fashion in June, blasting Adam Dingsdale away inside the opening round in the Arena where he faces Ormond in three days. 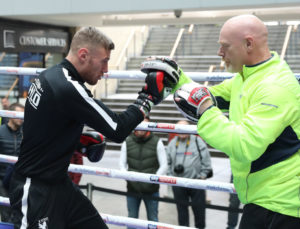 Lewis Ritson wrestled the British crown from Robbie Barrett in Manchester earlier in the month and the Newcastle talent was promptly snapped up by promoter Eddie Hearn. ‘Hylo’ wants to put on an impressive display in front of the Matchroom boss to get to the front of the queue to face Ritson next year.

“Next year I’d love to fight for the British title,” said Hyland. “I’m in the top ten in Britain now and I know Matchroom have just signed Lewis who had a good win over Barrett. I feel like he wouldn’t be able to push me back as easy so it would make for a cracking fight.

“He’s definitely my toughest opponent to date. I respect what he’s done and am expecting a tough fight but it’s my time to take over now.

“He’s had an up and down couple of years but there’s no doubt he’s boxed at a higher level than I have at present. It’s a good measuring stick for me to get in and see where I am at.

“Everything has gone well. I’ve done some great strength and condition work for this camp. I’m feeling fit, strong and sharp for this one.

“I wasn’t expecting the fight to finish so early against Dingsdale. The game plan was to push him back early and show him he was in for a tough night from the start. But I just caught him, I knew as soon as I hit him he was in trouble. His legs and eyes were gone and I just jumped on him.

“I’ve done a proper programme this time with a friend of mine who is qualified. I can feel my power and strength improving. It’s very specialist. It’s all going to plan so far and I’m excited to get in there and test it all out.

“It’ll be a cracking atmosphere in the arena. I have sold a lot more tickets than last time. The Dublin fans for Ormond will be vocal too.”

Hyland’s clash with Ormond is part of an historic night of action in Belfast as hometown star Ryan Burnett clashes with Zhanat Zhakiyanov in a unification battle for the IBF And WBA Super World Bantamweight titles.

Tickets are on sale now priced at £33, £44, £65 and £105 from the SSE Arena Belfast at www.ssearenabelfast.com (ticket price includes inside charge)

Face value tickets for October 21 are also be available from http://www.stubhub.co.uk/matchroom-boxing-tickets/ StubHub is the official ticket partner and marketplace of Matchroom Boxing and Anthony Joshua.