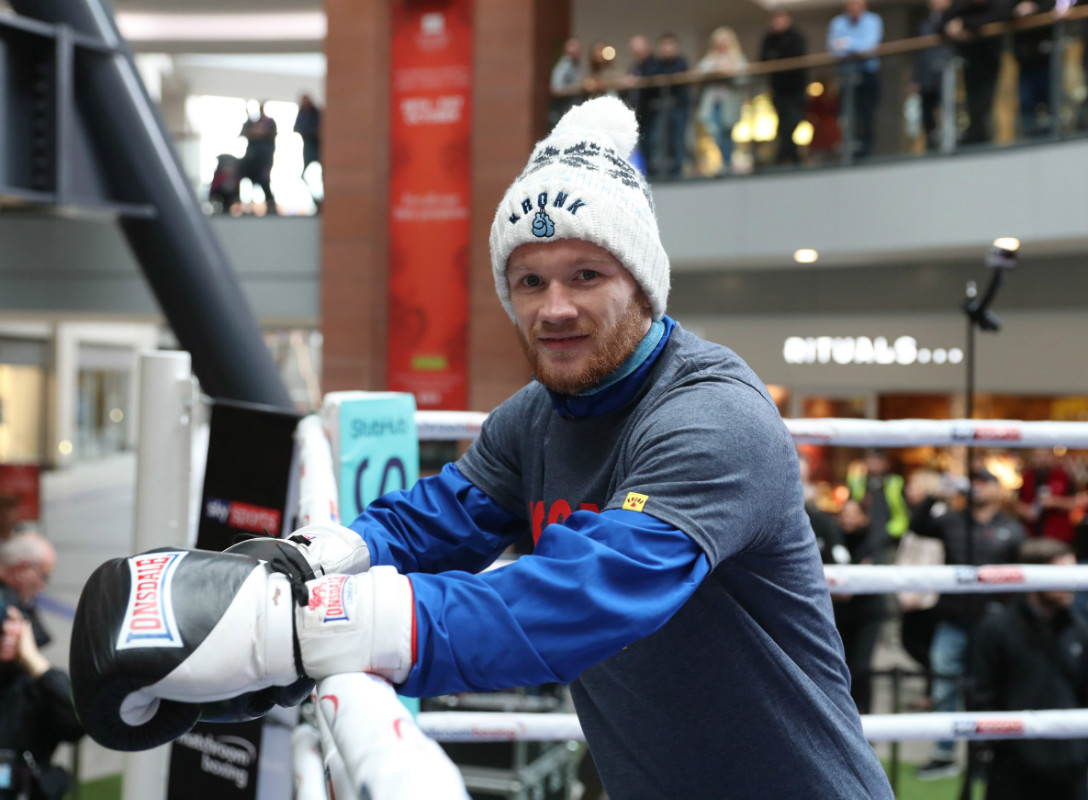 James Tennyson says he’s on the cusp of major fights as he defends his WBA International Super-Featherweight title against Darren Traynor at the SSE Arena in Belfast on Saturday night, live on Sky Sports.

Tennyson defends the strap for the first time against Traynor, and a win could see him improve on his number five rating with the WBA.

The WBA Super king Jezreel Corrales defends his title on the same night in upstate New York against unbeaten Puerto Rican Alberto Machado, rated one spot higher than Tennyson by the governing body.

Tennyson has his immediate sights set on the weekend’s work with the Scot and then could target British and Commonwealth champion Martin J. Ward, but with such a healthy ranking, he’s open to a World title shot.

“I’ve started to be more aware of those in the World rankings now,” said Tennyson. “I’m currently fifth with the WBA which I didn’t really expect but if the opportunity comes I’m going to take it. It’s the pinnacle and if you don’t take the risks, you may not reap the rewards.

“It’s very exciting to be in the mix. I haven’t looked too deep into it. Who knows what may happen, but if the Champion is looking down the rankings I may be in with a shout of a voluntary shot or further down the line it’ll be down to me and my team to force the issue and eventually be in a position where they will have to fight me.

“I’d love to get my hands on the British title. I lost out down at Featherweight but I want to keep developing and capturing more belts moving forward.”

Traynor comes to Belfast with plans of his own though and would also like to get a crack at the British title. The Aberdeen man took on Ryan Walsh for the Featherweight version in January 2016 and Tennyson followed him three months later – with Walsh winning both fights in the fifth round.

Traynor has since landed the Scottish Area title at Lightweight before dropping back down to face Tennyson, who admits he hasn’t seen much of the challenger for the title he won after forcing Ryan Doyle to retire after six rounds here in June.

“In all honesty I don’t know that much about Traynor,” said Tennyson. “He’s sharp with quick hands. I’m going in there with a bit of an open mind but we’ll see what he brings on the night.

“My team have been struggling to find some recent footage of him since the Walsh defeat. I don’t worry about that side of the game, I just focus on myself and listen to what they are telling me in training. We’ll work him out on the night as the fight unfolds.

“The weight is all good, I’m looking forward to getting the show on the road. I’ve got itchy knuckles for sure. I want to get in there, enjoy myself and perform.

“Last time the atmosphere was unreal. I think they sold nearer enough the equivalent of all the tickets last time in just a week or two so it makes for an even better night.

“Doyle started fast and faded away which is what we were expecting, so the game plan worked. Fair play to him, he took it on a couple of days’ notice but I was definitely getting through to him as the fight went on.

“The power comes naturally. I do my strength and conditioning on the side but it’s just continued to develop since the amateurs all the way through to the pros.

“Belfast boxing is booming. It’s full of competitive talent. To be a part of it is fantastic. The fans are unreal.”

Tennyson’s clash with Traynor is part of an historic night of action in Belfast as hometown star Ryan Burnett clashes with Zhanat Zhakiyanov in a unification battle for the IBF and WBA Super World Bantamweight titles.

Tickets are on sale now priced at £33, £44, £65 and £105 from the SSE Arena Belfast at www.ssearenabelfast.com (ticket price includes inside charge)

Face value tickets for October 21 are also be available from http://www.stubhub.co.uk/matchroom-boxing-tickets/ StubHub is the official ticket partner and marketplace of Matchroom Boxing and Anthony Joshua.