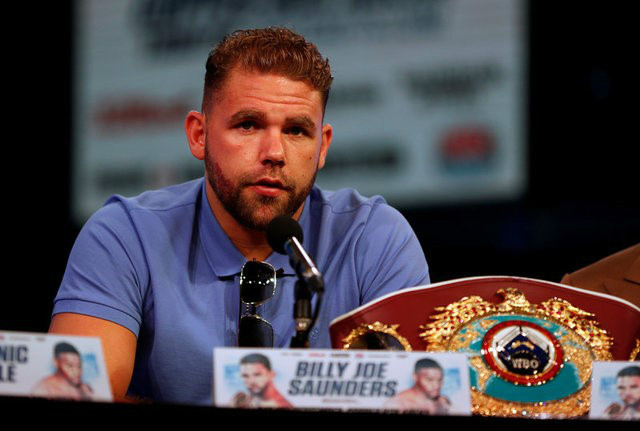 BRAWL TO BE HELD IN MONTREAL, CANADA ON SATURDAY, DEC. 16 AND TELEVISED LIVE ON HBO WORLD CHAMPIONSHIP BOXING

Christmas will come early for boxing fans this year as WBO World Middleweight Champion Billy Joe Saunders (25-0, 12 KOs) will put his belt on the line on Saturday, December 16 against former IBF World Middleweight Champion David Lemieux (38-3, 33 KOs) at a soon-to-be announced venue in Montreal, Canada. The fight will be televised live on HBO World Championship Boxing beginning at 9:40 p.m. ET/PT.

Saunders, 28, from the United Kingdom, is undefeated and coming off back-to-back defenses of the WBO belt he won against “Irish” Andy Lee in late 2015. Over a standout career, Saunders has defeated the likes of former WBA Interim World Middleweight Champion Chris Eubank, Jr., then-undefeated Gary “Spike” O’Sullivan and longtime contender Willie “The Mongoose” Monroe Jr.

“Firstly I’d like to thank Golden Boy Promotions for putting the show on,” said Saunders. “Lemieux looks good against ‘B level’ fighters, but he is now getting in the ring with someone who is far more superior and slick than anyone he has ever been in with. I don’t just want the dog meat that Golovkin has left behind, I want the dog himself and when I come through this fight I will have him. He is a mandatory and we’ve agreed a deal to go over to foreign soil and get it on. I have a lot of friends in Canada, and I’ll be bringing a lot of supporters over to Canada from the UK. It has all the makings of a good fight. I’m expecting a good, clean, fair decision. Once I beat Lemieux I’ll be moving onto bigger fish; the winner of the rematch between Canelo and Golovkin. I’m looking forward to a great fight.”

Lemieux, 28, and from Montreal, is a thunderous puncher with tremendous power in both hands, who captured the IBF World Middleweight championship against Hassan N’Dam in 2015, knocking the then-world titleholder down four times en route to a unanimous decision victory. This year alone, Lemieux blasted out title contender Curtis “Cerebral Assassin” Stevens in a third-round knockout-of-the-year contender before earning a unanimous decision win against Marcos “Dorado” Reyes.

“It’s time to be world champion again,” Lemieux said. “Saunders is about to get destroyed. I’m going to be extremely ready for this fight and I’m going to inflict a lot of pain on Saunders. His 0 must go.’”

“Saunders vs. Lemieux is exactly the right way to end a year that has been tremendous for boxing,” said Golden Boy Promotions CEO and Chairman Oscar De La Hoya. “Will Saunders be able to use his speed and craftiness to outbox Lemieux, or will David land a massive shot to end it in short order? We’ll find out December 16.”

“This has ‘great fight’ written all over it,” said Camille Estephan, President of Eye of the Tiger Management. “I know David is extremely motivated and viscerally dislikes Saunders. When he’s in that state, watch out. This promises to be a war. We are thrilled to have the opportunity for David to fight for the WBO title at home and keep it here. “

‘We’re delighted to be working again with Golden Boy Promotions, who we continue to enjoy a fantastic relationship with,” said Frank Warren. “Billy Joe Saunders is going into the lions’ den as he believes he has the beating of David Lemieux. It’s a great opportunity for Billy Joe to defend his WBO World Title against a big-name opponent and headline his first bill on HBO at American primetime. He is looking forward to making a statement to the American audience to ensure he secures a fight with the winner of the Canelo vs. Golovkin rematch, for the Undisputed Middleweight World Championship. Billy Joe is out to prove he is the best Middleweight in the world. He has been continually avoided and if it means he has to go to Canada to ensure he can no longer be overlooked, then that is what he is prepared to do!’

“The middleweight division is stacked with the likes of Canelo, Gennady Golovkin, and Daniel Jacobs, and on December 16, fans will see champion BJ Saunders travel across the Atlantic to fight one of the divisions biggest punchers in David Lemieux on his home turf in Montreal,” said Peter Nelson, Executive Vice President, HBO Sports.

Saunders vs. Lemieux, a 12-round fight for the Saunders’ WBO World Middleweight Championship, is presented by Golden Boy Promotions and Eye of the Tiger Management in association with Frank Warren. The event will take place December 16, in Montreal, Canada and will be televised live on HBO World Championship Boxing.