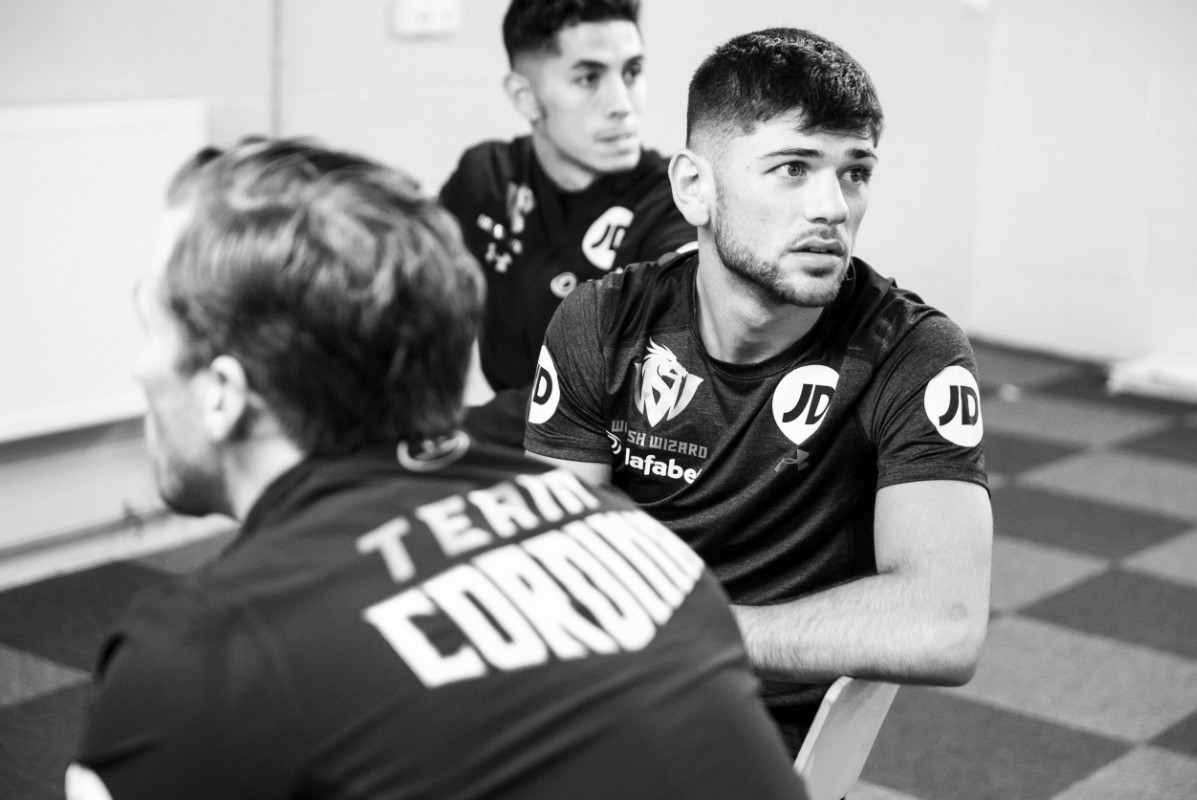 Cordina fights for his first title in his second fight at the national stadium in his hometown having boxed over four rounds there in October on the undercard of Anthony Joshua’s World title clash with Carlos Takam.

‘The Welsh Wizard’ now gets his first title shot in his seventh outing in the paid ranks since turning pro in April and the Team GB Rio Olympian faces a tough task to get his hands on the strap against the ‘KO Kid’ from Barnsley, the former English Super-Featherweight champion who has won three of his four fights inside the distance.

“This is the perfect fight for me to start 2018,” said Cordina. “It’s a big step up for me. Andy is a proven fighter, just look at his record – there’s a lot of knockouts against some decent names.

“There’s no doubting he’s dangerous so I’ll have to bring my A-game. I think I’m more than capable of beating him to win my first title but I’m sure he thinks similar, it’s a good fight for the fans.

“I’ve only been a professional for a year, so it’s only since then I’ve really started scouting the domestic division. Before that I wasn’t too interested as my focus was on the amateur game.

“Andy also fought on the Bramall Lane show last year and put on a display so he’s got the experience of fighting on these big shows.

“I’m more than comfortable going the Championship distance. I live and train with three weight World champion Ricky Burns who is such an inspiration. Whatever he does, I do. You ask anyone how hard he trains and I’m holding my own fitness wise.

“It’ll be great to fight at the Principality Stadium again. I didn’t really have time to soak it all in last time but I’m grateful looking back I fought in front of so many people. I can look back with a smile and say I’ve boxed in front of 70,000 plus. To fight there twice is a massive and proud experience.

“I don’t want to be chucked in to any old fights, they have got to be the right fights at the right time and this is certainly one of those. When Tony Sims says it’s time to come off the leash and push on, we’ll do so.”

Cordina’s clash with Townend is part of a colossal night of action in Cardiff as Anthony Joshua MBE faces Joseph Parker in a World Heavyweight unification battle.

Limited tickets remain on sale for the event priced at £300 and £600 from www.stubhub.co.uk

Coach packages are on sale via www.seetickets.com with various pick up/drop off locations available throughout the UK.

For accessibility and wheelchair tickets – please contact the Principality Stadium via 02920 822432.

Official Hospitality packages are also available via Sportsworld via www.sportsworld.co.uk or by calling 0208 9712966