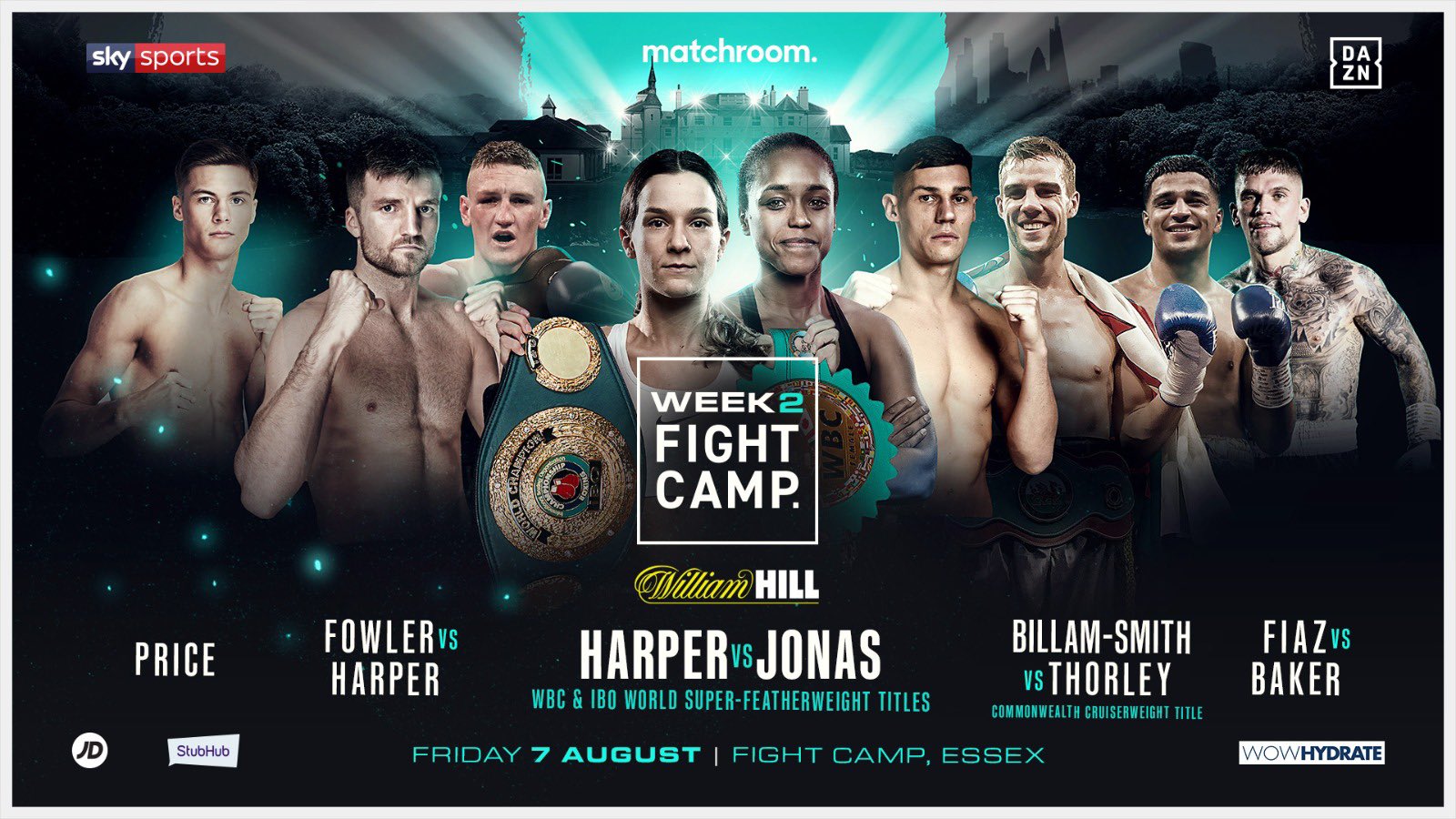 Terri Harper clung onto her world titles, after the judges deemed her incredible battle with Natasha Jonas a draw, in the second week of Matchroom Fight Camp.

The momentum of the fight, which was an incredible advert for women’s boxing, swung back and forth, as both fighters left it all on the line in a dramatic bout.

Liverpool’s Jonas affirmed that she was a considerable threat to Harper, with a strong opening round, landing heavy right hands.

As the fight progressed, neither shied away from opening up and exchanging creating for a deeply engaging and exciting contest.

Much of the fight was fought at close quarters, as the pair planted their feet and pursued thudding body shots amidst a backdrop of Stefy Bull and Joe Gallagher’s bellowing instructions from the corner.

In what was a fantastic advert for women’s boxing, Harper was unrelenting in her volume and pressure, whilst Jonas continued to have success with counter punches.

A thudding right hand rocked the champion in the eighth, perhaps swinging the momentum of the enthralling bout back into the challenger’s favour.

Finishing strongly, Jonas will have felt unlucky not to have gotten the decision, nonetheless, both fighters will come away from the bout with their heads held high having put on an incredible fight, which eventually resulted in a draw.

From the outset, the Bournemouth man looked too forceful for Thorley, commanding the centre of the ring and dropping his opponent in the opening the round.

The second started how the first ended with Billam-Smith powering Thorley to the canvas through a flurry of damaging shots to head and body.

Credit to Thorley, he fired back and had success with a strong right hand, however, the champion abruptly halted his comeback with a cynical counter right that finished the bout.

In a significant step up, highly touted Leeds charge Hopey Price dealt well with the aggressive approach of Jonny Phillips, who showed intent from the opening bell.

From his southpaw stance, Price’s lethal lead hand set the pace as he landed a wide variety of shots to affirm his dominance on the fight.

Although the aggression of Phillips failed to decrease, Price picked his shots beautifully and grew into the contest, winning every round in an impressive performance.

Having entered the ring to the newly adopted anthem of the title-winning Liverpool team, Fowler showed all the credentials to go on and win titles himself firing home powerful combinations.

The Liverpool fighter was warned on a few occasions and deducted a point for punching below the belt.

Hitting the canvas heavily in the fourth, Harper urged his corner to give him ‘one more round’, however, the damaging shots of Fowler continued to find a home and the fight was stopped in round seven.