With David Haye’s influence, Chisora could go to war until he’s 40 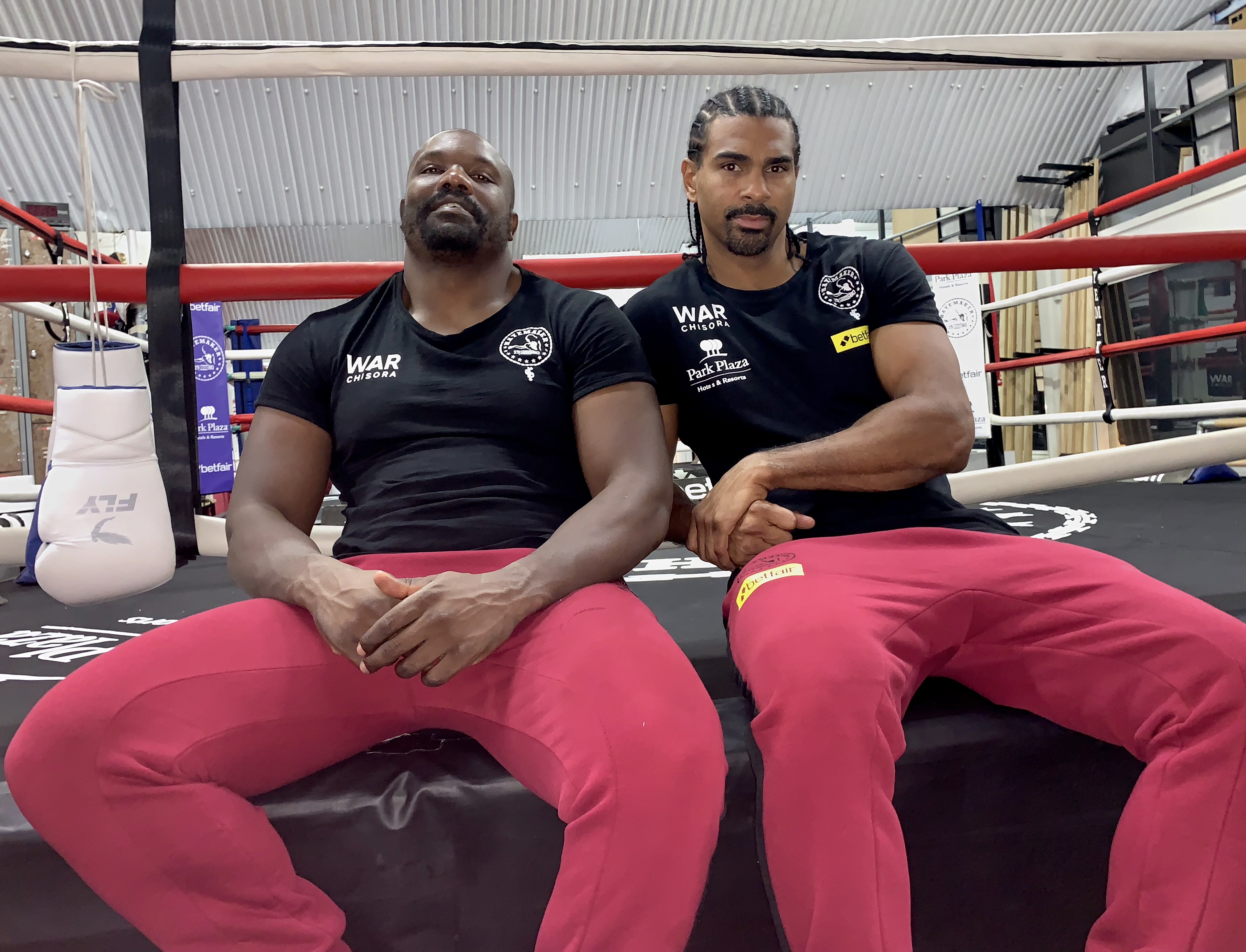 These days Dereck Chisora is a man in a reflective mood. At 36-years-old, the veteran heavyweight knows that the end of his career is a lot closer than the beginning having spent 13 years as a professional. Interestingly, one of the recurring lines that Chisora keeps coming out with at the moment is that he doesn’t want to be a man with regrets come the end of his career.

Only British boxing fans will feel that sadly, it has for the duration of Chisora’s career been a case of what could have been for the Zimbabwean-born heavyweight. Perhaps Chisora, to some extent, realises that now and that’s why we’re seeing a man determined to make up for lost time.

.@DerekWarChisora gave me 80% of what I thought was there before this training camp. He gave me 100% this time. You're going to be shocked. @usykaa and his whole team have got it wrong. Watch it live on Sky Sports Box Office this Saturday night. Order now: https://t.co/bNHQh6zemC pic.twitter.com/MBVKLQcky2

Although in Chisora’s defence, he hasn’t sat around on his hands and passed up the opportunity to fight. Over the last decade and a half, the 36-year-old has fought 41 times and has recorded an impressive 32 wins, losing on only nine occasions. Those losses, however, have come against the cream of the crop in the sport and that does make you wonder why he was never able to make a bigger impact.

Indeed, Chisora was beaten by current WBC champion Tyson Fury, David Haye, and Vitali Klitschko to name just a few. This all suggests that when the biggest chances came around, Chisora was unable to take them for whatever reason. That elite mindset seemed to be missing when it mattered the most and that may have been down to Chisora feeling like a bit of an imposter when pitted against the globe’s best. Of course, there was no reason for the 36-year-old to ever feel this way given the boxing talents he possesses, but you can’t help but feel that he once led a life outside the ring that didn’t always make him feel like a true champion when he was inside it.

That could well be the reason that the big heavyweight decided to sign with David Haye in an attempt to maximize the last of his potential during the twilight of his career. It’s never too late for another shot at the world title and with Haye’s influence, Chisora now looks to be in the best physical shape of his career.

Of course, he needs the chips to fall just right for him and a lot of that depends on how Anthony Joshua gets on against Kubrat Pulev when they square up in December. At a mere 1/12 to win the flight in the latest boxing betting odds, you’d fancy AJ to make fairly light work of the Bulgarian.  Chisora has never come up against Joshua before and this would present the perfect opportunity for him to atone for all the times he never turned up in the big fights.

We have one life, it soon will be past, what we do for God is all that will last 🙏🏾 #UsykChisora pic.twitter.com/smKdtDAved

However, as mentioned, for this to happen, Chisora needs a lot to fall into place for him. Whatever the outcome, the very fact that Chisora is now under the guidance of former world heavyweight champion David Haye means that his career will be prolonged until he turns at least 40.

Will there be a fairy-tale ending to a career that promised so much but ultimately didn’t deliver when on the biggest stage? Time will tell.