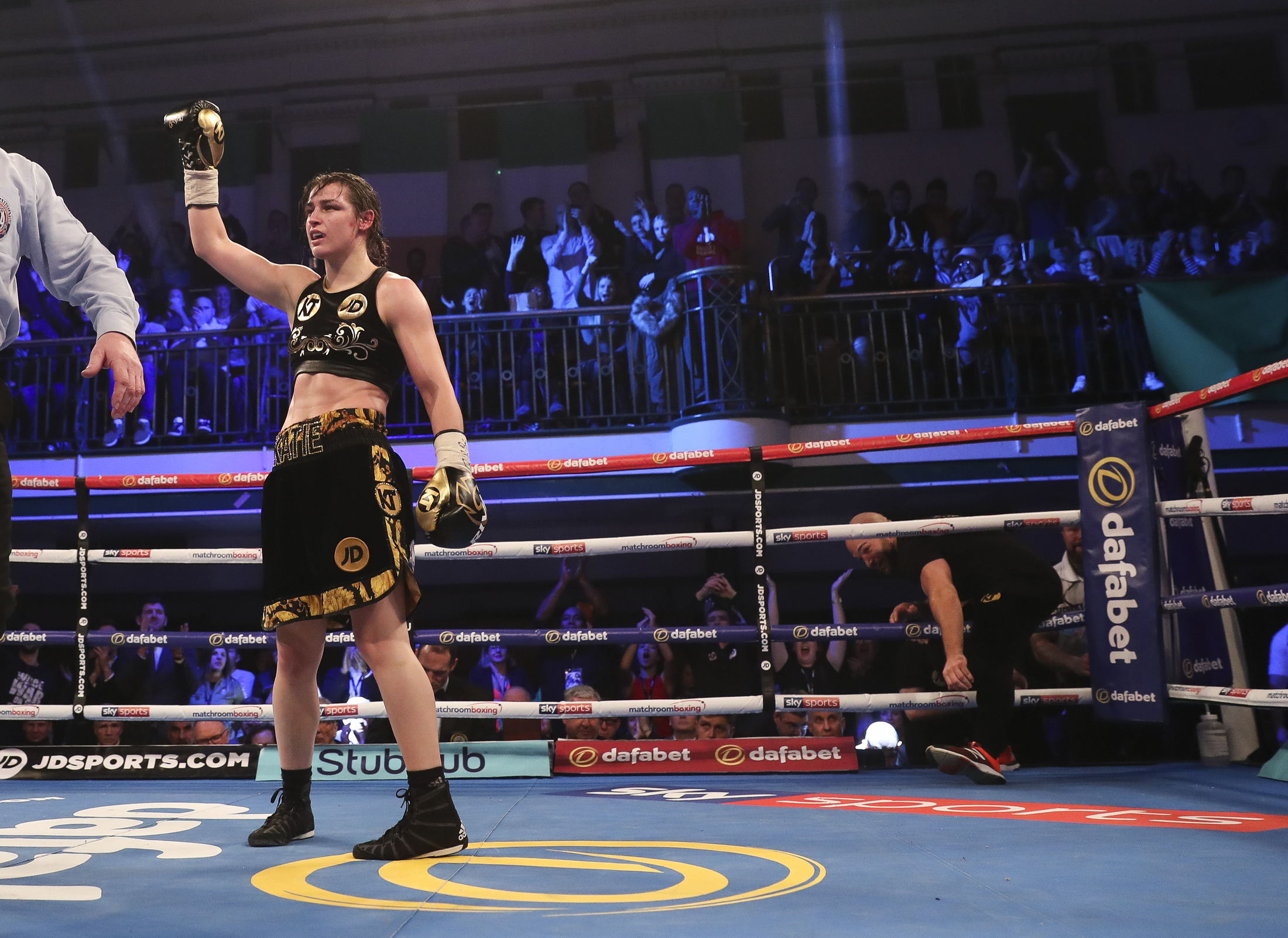 On a historic night for women’s boxing, Katie Taylor produced a ten-round masterclass to defend her world titles against Miriam Gutierrez.

Taylor made an electric start, jumping on Gutierrez in the opener and unloading an accurate arsenal of weapons to her head and body.

The approach of Taylor was unrelenting as she continued to overwhelm Gutierrez, staggering her with a sizzling left hook in round three.

WBA mandatory, Gutierrez looked considerably out of her depth against the superior Taylor who fired venomously at will.

At the culmination of the fourth, a flush right hand from Taylor saw Gutierrez crumble to the canvas, as the blistering hand speed and slick movement of the champion was in flu flow.

Gutierrez showed an immense amount of heart, showing little sign of quitting as she absorbed punishment from Taylor, taking an abundance of hard shots through the ten rounds.

For Taylor, what next remains to be seen, as she seeks out legacy fights the only thing certain is that her legacy as a pioneer is very much cemented.

Terri Harper reproduced the form that saw her become the world champion as she forced a stoppage of Katharina Thanderz to defend her WBC World title.

Harper dictated the fight with her snappy left hand, not allowing Thanderz to settle or find her rhythm.

The movement of the champion meant the Norweigan never found a regular home for her work and Harper could set the pace and power home rights and lefts from the outside.

In the penultimate round the power of Harper really took its toll as she wilted her tough opponent with a vicious left hand to the body.

Bloodied and demoralised, Thanderz stumbled back before the referee stepped in and waved the bout off.

In what was an interesting clash of styles, Ball stuck to her boxing well and snapped her sharp jab to head of the elusive Guanini.

The elusive Argentinian rallied into the fight and enjoyed strong patches against the fall taller Ball, however, Ball did an impressive job in stamping her authority on the fight with spiteful long-range combinations.

As Ball’s grip on the fight elevated, the regulatory in which she backed Guanini into the corner and unleashed barrages followed.

In spite of being outworked, Guanini remained a threat throughout the fight landing single shots from the outside whenever Ball fell short.

However, Ball did a good job taming the aggressive Argentine as she marched towards a unanimous points victory.

Also on the card, Jack Cullen landed an upset win as he handed John Docherty his first career defeat.

As it was billed, both Docherty and Cullen fired home shots and dug deep engaging in a really entertaining battle.

As tough as they come, Cullen recovered from a difficult start where he was caught square on and dropped by a solid left hand.

However, Cullen stepped through the gears, showed the toughness he has become synonymous with as he dragged Docherty into the trenches, catching him with powerful lead hands.

The potent jab of Cullen cut his previously undefeated in the fourth, setting the stage for Cullen to turn the tide of the fight in his favour.

After nip and tuck middle rounds, Cullen capitalised on his greater experience and increased his control on the bout, rattling Docherty in the eighth, before earning a tight margin victory on all three scorecards.

The former British champion resembled something of a throwback as he battered the game Aviles and set a frantic pace.

In his first fight since his razor-tight defeat to Lee McGregor, Farooq showcased scintillating rhythm as he slipped inside and thundered to the body of his tough Mexican opponent.

In spite of the extremely high volume of shots he was throwing, Farooq wasted very little, pivoting and creating angles for thudding shots to the body and head.

The shutout win meant that Farooq captured the WBA Continental title and subsequently progresses through the rankings at bantamweight.

In his toughest test to date, Thomas Whittaker Hart was made to work for his fifth consecutive victory, outpointing Jermaine Springer over eight rounds.

Springer will perhaps have felt hard done by in receiving only one of the rounds on the referee’s scorecard in what was an engaging show-opener.

Whittaker Hart picked his shots well against his strong opponent, who was aggressive and didn’t stop coming forward.

The fight was the Liverpudlian’s first in a year as he dispatched of any ring rust and notched up his best career win to date.