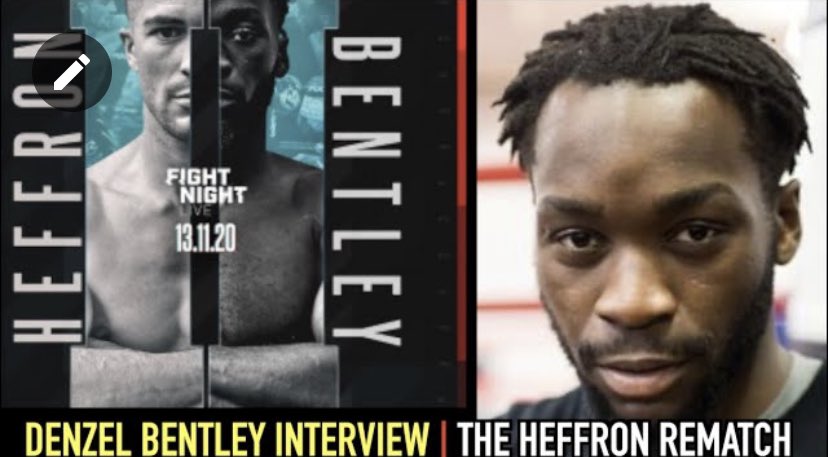 Denzel Bentley produced a spectacular performance to become British middleweight champion after swelling to the eye of Mark Heffron forced his corner to pull him out of the fight at the end of round four.

An incredibly impressive display from Bentley settled the score following a unanimous draw between the pair just two months ago.

Both looked lightning sharp from the start, however, following a close opener, Bentley’s sizzling right hands found a home and caused Heffron to stumble back.

Smooth and composed, the second session saw the fight sway Bentley’s way as he pummeled a pulverising right hand to the face of Heffron causing his eye to swell significantly.

The sharpness of the Londoner increased as he sensed victory was within grasp and continued to punish his Oldham opponent with razor right hands.

Bentley, who seemed more content and comfortable on the front foot in the clash, had to weather a rally from the heavy-handed Heffron who looked to roll the dice and try and turn the fight in his favour.

The sharpness of the 25-year-old heightened as the welt on his opponent’s eye elevated. Brimming with confidence, Bentley looked scintillating switching stances and finding a regular home for his combinations, forcing Michael Jennings to eventually retire Heffron on his stool.

In the chief-support, a thunderous right uppercut in round two saw Tommy Fury continue his progress with a knockout win.

Fury shook any ring rust immediately as he unloaded his rapid hands onto Genadij Krajevskij, who showed spirit before eventually failing to answer the count.

At middleweight, Caoimhin Agyarko overcame a tricky test against Camden’s Robbie Chapman, as a cynical cluster of shots saw the fight stopped in round seven.

Agyarko grew into the fight as he landed sharp lead hands and upped his gears as the fight went on.

The rangey Chapman had success, however, when the opening presented itself, Agyarko took it sharply and produced a plethora of powerful shots to a visibly rattled Chapman.

19-year old Mickey Burke Jr earnt his first stoppage and fourth victory in the paid ranks with a second-round finish of Tommy Broadbent.

A decorated amateur, Burke Jr overwhelmed his game opponent with a bundle of brutal body shots dropping him twice before the bout was brought to a halt.

Turner had Newton hurt in the penultimate round firing home shots against his more experienced opponent.

In his first six rounder, Turner looked impressive as he won every session in what will be seen as a solid learning fight for 20-year-old.