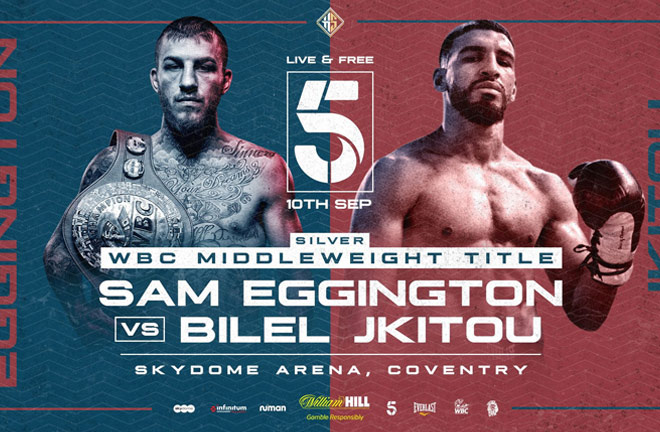 The Skydome in Coventry will witness a Hennessy Promotions card packed full of high-level British talent. Showcased on Channel 5 this Friday 10th September from 10pm Sam Egginton, Isaac Chamberlain and Shakan Pitters all feature, with interesting match ups worth keeping an eye out for.

Shakan Pitters (15-1-0) continues to build after his defeat to Craig Richards. The light-heavyweight takes on Dutch fighter Farouk Dakou (21-18-1) in what should be another stepping stone back to reclaiming his British title belt. Pitters continues to be ranked highly globally (52nd by Boxrec) and will hope for big fights in 2022.

Middleweight prospect Rivers Wilson-Bent (9-0-0) faces a step up in class against Sladan Janjanin (29-8-0). The Bosnian boasts twenty-three knockouts with Wilson-Bent himself having stopped five. This fight will be an interesting indicator of just how far Wilson-Bent can go in a division packed full of British talent.

26-year-old welterweight Kaisee Benjamin (12-1-1) will have a good test against Jarkko Putkonen (17-7-2). The Finn was unbeaten prior to facing Jack Catterall in 2015 and has also faced Robbie Davies Jr who stopped him in 2016. Benjamin has only one points loss back in 2018 to Sam Evans over three rounds.

Unbeaten super-lightweight Stephen McKenna (8-0-0) has so far stopped every opponent he has faced but will face a step up in class against Moussa Gary (11-3-0). The Frenchman has only one knockout defeat to his name.

Isaac Chamberlain (12-1-0) will make a return to the ring almost twelve months since knocking out Matt Sen in one round. The cruiserweight is to face an as of yet unnamed opponent and has only tasted defeat to now WBO World Cruiserweight Champion Lawrence Okolie.

Catch the action live on Channel 5 with the action from the weigh-in on Thursday to be brought to you by British Boxing TV.