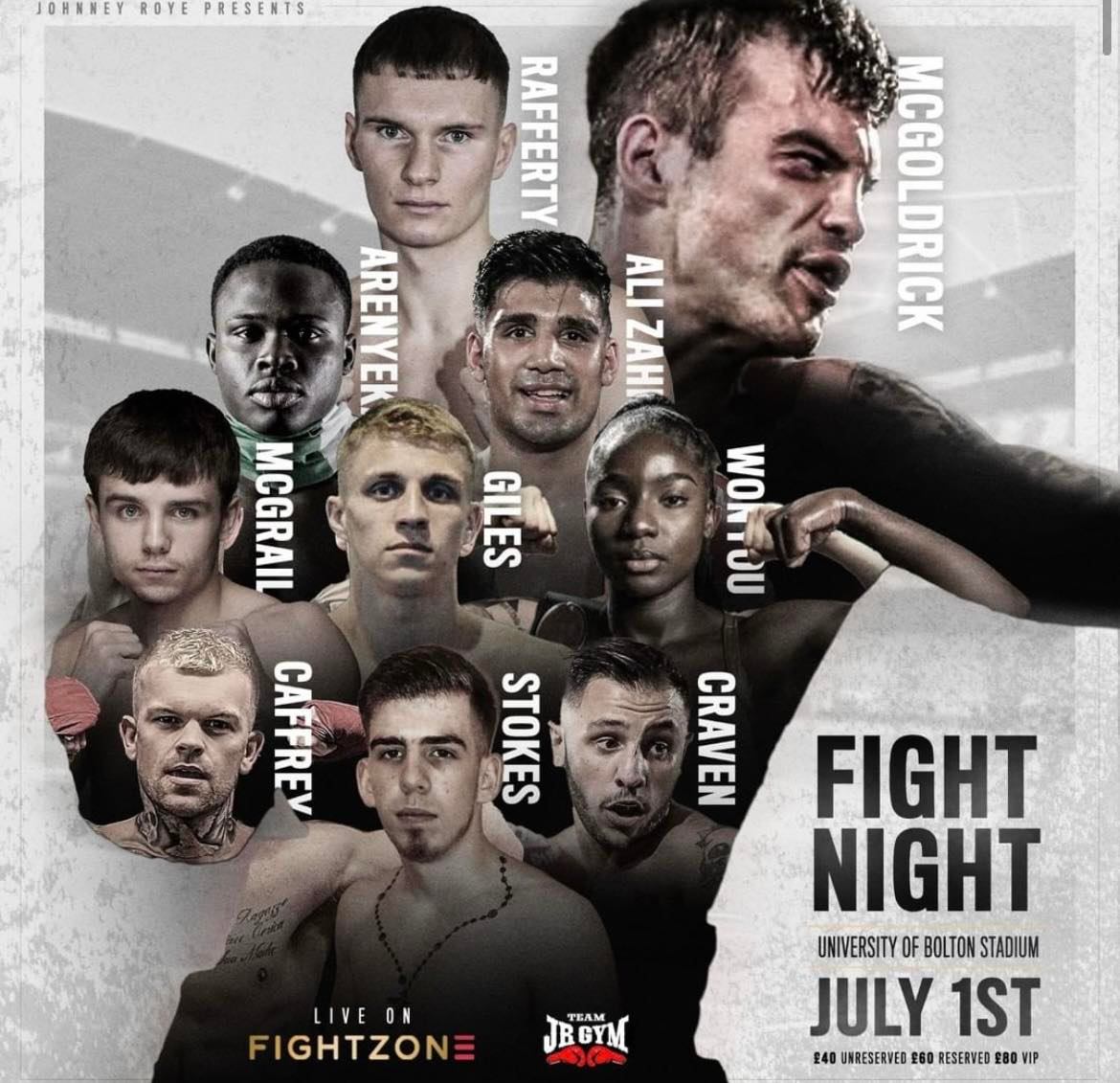 Matt McCallum secured his fifth successive victory in as many fights with a seventh-round stoppage of Mike McGoldrick in Bolton on Friday. Gateshead’s McCallum could have hardly gotten off to a better start on the night, flooring McGoldrick twice in the opening round. A heavy straight left out of the southpaw stance rocked the thirty-seven-year-old before a second left planted him on the canvas. Shortly after, following a hard McCallum barrage another short left landed clean and McGoldrick was down again.

The bell saved the Barrow In Furness man momentarily but, despite showing heart and grit as he chased the first major title of his professional career, McCallum caught up with McGoldrick again in the seventh and this time finished the job. The aggressive McGoldrick pushed forward, looking to close the distance and break down the unbeaten McCallum who primarily boxed off the back foot while pawing out a southpaw jab. Around the midway point, another left hook rocked McGoldrick’s chin and stiffened his legs again, prompting another punishing barrage from his opponent which snapped the head back of McGoldrick multiple times after hard uppercuts and hooks. Finally, referee Darren Sarginson had seen enough and waved the fight off with a minute remaining. McCallum picked up his first major strap in just five outings as he continued his unbeaten record.

Friday’s undercard in Bolton also saw Jack Rafferty move to 19-0-0 with a third-round stoppage of Olaide Fijabi in the super-lightweight division, while Muhammed Ali Zahid secured his eighth victory in as many outings with a six-round points decision over Phil Price. Lightweight Brian Stokes also suffered a narrow defeat on his professional debut to Stanislav Bilohurov.