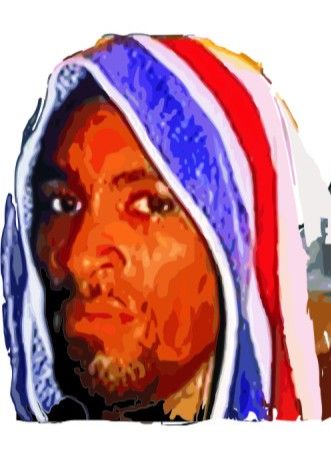 Benn Eubank Watson and Collins the British/Irish answer to the Fab Four?

Anyone who knows their boxing history has heard of the “Fab Four,” not to be confused with cartoon superheros of a similar name, or the famous band…

During the 80’s at the same time Mike Tyson was tearing through the Heavyweight division, four other not quite as large boxing legends were also going to war. They were of course “Sugar” Ray Leonard, “The Hands of Stone” Roberto Duran, “The Hitman” Thomas Hearns and “Marvellous”

Between them the quartet amassed a staggering record of 262-27-3 195 KO’s (Hearns and Leonard drew with each other so is not classed as two draws) and 21 world titles in 6 different weight classes, hence the group nickname the “Fab four.”

The four also fought each other on numerous occasions, with Leonard the only one of the four to record wins over the remaining three. While the 80’s were defiantly a golden era for boxing, it left the question could the 90’s follow suit?

Meanwhile in the mid 80’s three British and an Irish fighter who had just began their careers, they were Michael Watson in 84, “Simply the Best “Chris Eubank in 85, “The Celtic Warrior” Steve Collins in 86 and “The Dark Destroyer” Nigel Benn in 87.

At the start of the 90,s as their careers of Leonard, Hearns and Duran were winding down and Hagler’s had come to an end, their counterparts here, were only just getting warmed up.

Eubank was 19-0 and picked up the WBC international middleweight title in March of 1990 against Hugo Antonio Corti. As for Nigel Benn he was 25-1 and on the 29th of April 1990 picked up his first world title, the WBO middleweight championship after and 8th round TKO over Doug DeWitt.

While Watson’s first defeat was on points in the form of James Cook, He was knocked out in his first world title fight losing by KO to McCallum in the 11th. It was also McCallum who handed Collins his first loss as a pro by a wide unanimous decision.

Benn would lose his first fight strangely enough to Watson via a 6th Round TKO losing his commonwealth title in the process. Eubank however wouldn’t lose as a professional until 1995 when he met his match against Collins losing a unanimous decision and his WBO super middleweight title in the process.

Just like The Fab four before them, they also fought each other on numerous occasions. The only two of the four who didn’t were Watson and Collins.

In 1989 Watson took on the undefeated Benn for the Commonwealth title winning by TKO in the 6th it was the first loss of his career. Benn would go on to lose again the year later, on the 18th November 1990 then WBO middleweight champion Benn and squared off against challenger Eubank.

There was a lot of bad blood between the pair coming into the fight. The fight was an instant classic Eubank went down in the 8th and again in the 9th but came back to win when Richard Steele to call a halt to the fight with five seconds left of the 9th Eubank was the new WBO middleweight champion and Benn fell to 27-2.

In 1991 Watson had two fights with Eubank, the first for the WBO middleweight title. The fight was a very close affair with the fight being scored 113-115, 113-116 and 114-114 in favour of Eubank. It was a highly debated decision with many thinking Watson had done enough.

Three months later the pair met again this time with tragic consequences, the fight was for the vacant WBO super middleweight title. In round 11 with Watson ahead on points sent Eubank crashing with a right hook, seconds later Eubank was up and landed a huge uppercut causing Watson to fall back and hit the back of his head against the ropes. Referee Roy Francis stopped the fight in round 12, after Watson collapsed in the ring.

He would later spend 40 days in a coma and had six brain operations to remove a blood clot. It took an appalling total of 28 minutes before he received medical treatment, Watson would never fight again, well not in the ring! Fighting Back – Michael Watson Documentary

Two years later and the hugely anticipated rematch between WBO super middleweight champion Eubank and then WBC champion Benn took place. The fight didn’t quite reach the brutal heights of the first. Controversially Benn had a point deducted for punching below the belt, which cost him the fight since it was scored a draw by one judge while the other two favoured Benn and Eubank. Both fighters would retain their titles but would ultimately never fight again.

The next up was the turn of Eubank and Collins. The Irishman managed to psyche out Eubank from the start with claims that he had been hypnotised and was incapable of losing. In the fight, his hard-working approach was too much for the showboating Eubank winning by unanimous decision.

It was the first loss of Eubanks career and with it he lost his WBO title. The second was a more of a thriller with Collins coming in looking to take the head off of Eubank and at one point nearly falling out of the ring. Collins bagged most of the rounds but the last three rounds Eubank came storming back doing the same as the champ in the first few rounds. But Collins held him off winning on the cards again 114-113 115-113, 115 Collins and 114-115 for Eubank.

In 1996 Collins would go on to defend his WBO title against Benn. 15 months before Benn had undergone a brutal ten round war with “The G-Man” Gerald McClellan. Much like the Eubank and Collins a few years before the fight again had a tragic ending with McClellan taking to a knee in the 10th round only to collapse in his corner and had to be rushed to hospital where he spent eleven days in a coma and had numerous operations to remove a blood clot from his brain. Like Watson before him McClellan never fought again.

As for Benn he was never the same after that fight losing his WBC title to Thulani ‘Sugar Boy’ Malinga before his two fights with Collins.

On the 6th of July 1996 Benn fought Collins for the WBO super middleweight title losing by knockout in round four, Benn broke his ankle in the fight and an immediate rematch was ordered. The second time round was much the same as the previous, with both men brawling in the middle of the ring. Benn landing a big left hook in the second that Collins took and carried on firing back shots of his own.

Both men were warned for use of the heads at the start of the third but neither man took much notice as they continued to brawl once again. Collins was deducted a point in the 5th for a low blow. In the 6th Collins hit Benn with big shots and walked through everything his opponent threw back. Collins was again the victor with Benn retiring on his stool at the end of the sixth round, he would retire from boxing straight after the fight.
While it could be argued Benn was a shell of his former self and never the same after McClellan, Collins had twice beaten two of the best British fighters of the generation and was the only one of the four who didn’t lose to the other three despite never fighting Michael Watson. In total Collins, Watson, Benn and Eubank amassed a record of 148-17-2 with 100KO’s (Benn and Eubank drew so is only classed as one draw not two) with a total of six world titles in two divisions.
While they are a far cry from their 80’s counterparts in terms of achievements and will never be held in the same esteem, the British and Irish quartet will be remembered in the hearts of their countries fight fans as true champions who were not afraid to put it all on the line and go to war if needed to prove they were better than the man standing opposite.
And while many might well disagree with me Benn, Eubank, Watson and Collins for me were the 90’s and our answer to the Fab four of the 80’s and in my opinion every bit as exciting worthy champions.
by. Danny Nolan