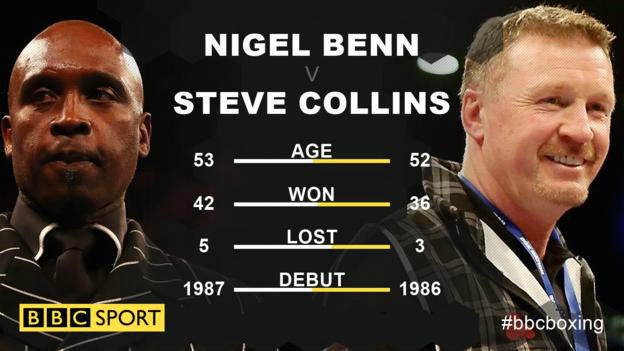 Nigel Benn and Steve Collins are apparently in talks to have a rubber match, 21 years after they last shared a ring together.

In their first encounter in July 1996, Benn, 53, was unable to continue in the 4th round due to an ankle injury. In the rematch in November that year, Collins triumphed again to defend his WBO super-middleweight title when he forced Benn to retire on his stool midway through the contest at the manchester Arena.

The common consensus then was that ‘The Dark Destroyer’ was at the end of his career and had gone to the well one too many times. They were the last two fights of Benn’s career and he sailed off into the sunset to Australia leaving behind one of the finest legacies in British boxing history. Continued below…

Two boxers over 50 to have a rematch after 21 years