It’s not always been 2 smooth for Booth 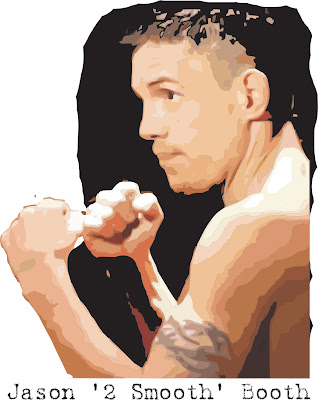 It was great news to hear this week, that Jason ‘2 Smooth’ Booth is to get a dream shot at the world tile, against Canadian IBF super-bantamweight champion Steve Molitor on Friday July 23 on home soil, although promoter Frank Maloney has not yet confirmed the exact venue.

Booth spent two years away from the ring between 2004 and 2006 has he battled alcohol and drug problems, which lead him on a course of personal destruction, but has since turned his life and his boxing career around, now the 32-year-old has been rewarded after an impressive eight-fight winning streak, with this his career defining fight.

“I am so lucky to have the things I do in life now. The world title fight is such a bonus for me and now I want to win it so much,” he said.

“I am happy with what I have achieved in boxing, but thanks to my trainer Tony Harris, manager Jimmy Gill and Frank Maloney I have an opportunity to do better.”

“If I hadn’t had boxing, I’d be dead, the drink would have beaten me. I’ve got my kids now, they’re my focus and I think I’ve just grown up. said Booth,

Credit goes to Maloney for securing this surprise crack at a genuine world crown, and Booth is hoping to repay the faith shown in him, by his team and his family who have helped him through the dark days of his life.

“Boxing is my detox and if it wasn’t for my partner Sarita sticking by me, I would be dead. There is a lot of blackout when I was drunk and I did a lot of bad things to myself. I have broken my own heart. I didn’t rob, steal or hurt anyone but it was self-destruct.
“I am happy with what I have achieved in boxing, but thanks to my trainer Tony Harris, manager Jimmy Gill and promoter Frank Maloney I have an opportunity to do better,” he added.
“Jimmy knows which opponents I can beat and Maloney’s been a big help. He’s always liked me and he’s given me opportunities.”
Maloney, who holds Jason in high regard and is made up with his fighters rise from the rock bottom to the pinnacle of world success added: “If Jason pulls this off after the car crash life he has had, it will give me more pleasure than seeing Lennox Lewis become world heavyweight champion.”
Molitor is no stranger to these shores and is also a familiar face to the Booth family, his first world title win was against Hartlepool scrapper Michael Hunter four years ago. He also beat Booth’s brother Nicky in a Commonwealth title fight in 2002, so Jason will be looking to settle more scores than one.
We wish him the best of luck.
By Chris Maylett for www.britishboxers.co.uk