Arlain who has been sparring with Olympic Gold medalist and gym mate James DeGale this week in preparation for his baptism into the paid ranks, is certainly not short on self belief and ambition, as he looks to reach the top and realise his childhood dream of being a world champion.

Jamie’s opponent will be the experienced Bulgarian journey man Danny Dontchev. Jamie would like to dedicate his pro debut fight to the family and friends he lost last year.

QUESTIONS? In the Ring with Jamie Arlain
Tell us about your amateur career Jamie?
I had 44 fights in the colours of Globe Town Gym, Newham Lion Club and The Peacock Gym.
Amateur to Pro?
It’s a massive change, I’ve gone pro with Terry Stewart a really good trainer and my manager is Michael Amoo-Bediako. My promoter is Steve Goodwin and I am training up the Lough Academy sharing the gym with pros James DeGale. John McDermott, Steve O’ Meara, Michael Norgrove and Greg Barton.
When and how did you get into boxing?
I been boxing the age of 9. A primary school friend took me I loved it, he gave it up after a while I kept going.
Who was your first trainer?
Brian Farmer at Globe Town Gym.
How would you describe your fight style?
I am a southpaw, so most people find me really tricky, I am 5,7 so I like to work mostly inside to  body and head.

Who influenced you as a young boxer?
As a youngster I looked up to Lennox Lewis, I thought I wanna be like him one day. Watching people like Lewis to Tyson, Ali they inspired me, I was like am going to be has good has these guys.
Toughest/Best opponent you have faced?
The toughest opponent I box as a amateur was Ryan Taylor he was ranked number 12 in the country – But I gave him a good fight he beat me on points.
Toughest Part of being a boxer?
The dieting really that the killer. I don’t really find none of the training hard probably were I love it.
Who do you wish you had fought or want to fight?
I’d like to box an Olympic medalist.
What can we expect from Jamie Arlain in the pro ranks?
You can expect me to go all the way to the top beating everybody who gets put in front of me. And that’s not fight talk that’s fact.
Ambitions in the pro game?
Has a kid I’ve always had the dream about going pro, being a world champion – my dream and goal is to be British champion and then world champion. I would love to see myself in the ring with Ricky Hatton!
Job outside boxing?
I am just in construction game until I make it big with the boxing.

Best fight you have seen?

Rumble in the Jungle. Ali vs Foreman. (right)
Dream Fight? Who v Who?
David Haye v Lennox Lewis
Childhood Hero?
Has a youngster I looked up to Lennox Lewis I thought I wanna be like him one day.
Favorite all time boxer, World and British?
World: Muhammad Ali. British Defiantly Joe Calzaghe
Favourite British fighter at the moment?

It’s got to be David Haye he’s exciting to watch and I like his work.

What do you do when you are not Boxing?
relaxing with my girlfriend
What would you do if you wasn’t a boxer?
I would be out partying ha.
Which British Boxers should we look out for?
Ha! Jamie Arlain
Your Motivation?
I love boxing.
What would you change in Boxing?
Nothing at the moment.
What music do you listen too?

Last book you read?
‘The Boy from Bolton’ By Amir Khan. (right)
Favorite films?
Snatch and Lock Stock and Two Smoking Barrels
Who would play you in a movie of your life?
Danny Dyer – Cause he’s a Eastend lad and is a legend in what he does.
Best Holiday destination?
Erm I would love to go anywhere were it’s barking hot.
What other sports do you watch?
I watch football West Ham fan 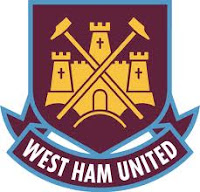 Best friends in Boxing?
My team we’re like a family
Which 3 people would you be stranded on a Desert Island with?
My girlfriend and mum dad so they can do my cooking and washing ha!
Tell us something we don’t know about you?
I am all love up, ha!
Who is the greatest British Boxer of all time?
Quick Fire Questions:

Websites?
Facebook and Boxing News
One thing you cant live without?
Mum, Dad and Girlfriend
Favourite Quote?
You know your self
What does the future hold for you?
I’m gonna be a big star in the boxing game.
Nice to speak to you Jamie and the best of luck with your debut contest and the rest of your career, British Boxers will be keeping an eye on you.