MALONEY: BURNS IS AN EXAMPLE TO BOOTH 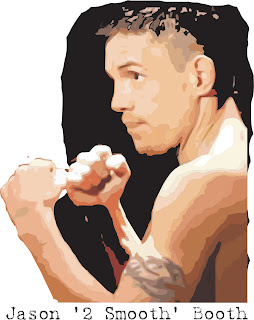 Frank Maloney believes Jason Booth should take encouragement from Ricky Burns world title triumph.
The Scot caused a big upset in Glasgow on Saturday night taking the WBO super-featherweight title from Rocky Martinez.
Booth (35-5) challenges Canadian Steve Molitor (32-1) for the IBF super-bantamweight championship at Rainton Meadows Arena, Houghton-le-Spring on Saturday night (11th Sept) and like Burns will start a huge underdog.
Booth’s promoter Frank Maloney said: “Jason should look at what Ricky has done and he will know it is not an impossible dream.
“Ricky showed incredible heart and an amazing will to win against Martinez.  If Jason does the same there will be another major upset.
“I promoted the fight when Ricky lost to one of my men, Carl Johanneson and back then I wouldn’t ever have said he would become a world champion.
“Jason must take heart from what he has achieved and remember that when he steps into the ring on Saturday night.”
In the chief supporting bout to, British featherweight champion Martin Lindsay (16-0) boxes a non-title eight rounder Kenyan southpaw David Kiilu (33-10-2)
Local stars in action include Tony Jeffries (7-0-1), Jon Lewis Dickinson (8-1), Travis Dickinson (6-0), Trevor Crewe (2-2), Gary Fox (2-0), Kirk Goodings (4-0), Martin Ward (8-0), George Watson (8-1-2), and debutant Glen Foot.
Tickets for the massive night of action are available from 0871 226 1508, 0191 564 0202 or www.frankmaloney.com. VIP Ringside are £95 with the rest a bargain £35. Get yours in advance for a show that looks certain to sell out.