Results from ‘The Return of the Magnificent Seven’ Boxing show Liverpool 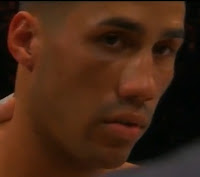 James DeGale stopped Paul Smith in the ninth-round to claim the British super-middleweight title in only his ninth fight on Saturday night.
The Olympic gold medal winner DeGale 24, a professional novice on paper was taking a big step up in class to challenge the tough scouser for his Lonsdale belt, but shown a patient maturity in his work to eventually find a way through Smiths work before finally forcing the stoppage. read the full report.

TONY BELLEW vs. OVILL McKENZIE Tony Bellew successfully defended his Commonwealth light-heavyweight title, by stopping Ovill McKenzie in the round. Bellew had to climb off the canvas twice before coming back impressively.

Reports from Phil D Jay at Ringside for ‘The Return of the Magnificent Seven’ show in Liverpool.