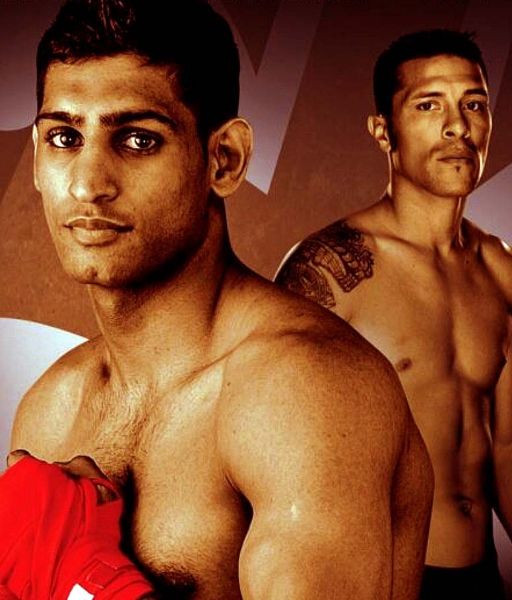 Khan can’t afford no slip ups: ‘Defeat would probably finish me to be honest’

Amir Khan has arrived back in the UK ahead of his fight Julio Diaz next Saturday night (April 27th.) The former light-welterweight world champion spoke to BoxNation about the upcoming fight at the Sheffield Arena and how preparations have gone with his new trainer Virgil Hunter.

A win against Diaz will open things up  for Khan in the division and put him right back in the picture on the world scene. He is already lined up to take on the winner of a mini boxing tournament involving Lamont Peterson, Lucas Matthysse, Danny Garcia and Zab Judah.  If all goes according to plan on on the 27th, a fight with the winner would happen in November.

Khan has already expressed his intent on moving up to welterweight, in the hope of becoming a two weight world champion, but he insists he wants to regain the title at 10st first and he knows that he can ill afford to look past his next opponent Diaz if his future plans are to be realised and the Bolton fighter knows all too well what is at stake if he doesn’t beat Diaz this weekend. “One more defeat would probably finish me to be honest with you.” Khan said

“We can not even think about suffering a defeat again and that’s why I’ve trained so hard. Its probably one of the toughest camps I’ve had with Virgil  I went into camp early because I wanted to learn new things and I haven’t rushed anything.

“We have not made any mistakes in camp, we haven’t cheated ourselves and have done everything perfect and will be going into this fight ready.” added Khan (Watch the full interview with Amir on the video above, as he arrives at Manchester Airport)

Khan fight against Diaz will be show live on BoxNation visit the link for more details.