Former European and Commonwealth super-bantamweight champion Rendall Munroe has changed promoters leaving Frank Maloney to join Manchester based Hatton Promotions, run by former world light-welterweight champion Ricky ‘Hitman’ Hatton.
Leicester’s boxing bin man has not fought since losing his WBC world-title challenge to Toshiaki Nishioka in Japan last October. He had been due to box at Rainton Meadows, in the north east, in a low-key eight-round comeback against Middlesbrough’s Chris Riley on April 9th.
But with the change of promoter comes a change of plan and Munroe will now have his first fight under the Hatton banner on April 16th on the undercard of Amir Khan’s WBA light-welterweight title defence against Northern Ireland’s undefeated European champion Paul McCloskey at the MEN Arena in Manchester.
And Munroe could well be pitched straight back into championship action because his manager, Mike Shinfield, is hopeful that the city favourite will be boxing for a WBA international crown on the Manchester bill, one step below the world belt.
“Rendall sees it as a new challenge for himself,” said Shinfield to This is Leicestershire.
“Hatton Promotions are fairly new in the promoting game and they are very ambitious as we are with Rendall. They have good contacts with Sky TV and also with Golden Boy promotions in the United States.”
Munroe has been in full training preparing to face Riley on Saturday week but will now have an extra seven days in which to hone his skills, having not boxed since losing his WBC world-title challenge to Toshiaki Nishioka in Japan last October.
“Rendall has been training as if it was a world title, anyway, so that won’t change,” Shinfield said.
Munroe is excited by the plans Hatton Promotions have for him and their desire to project him back into world level as quickly as possible.
“Frank Maloney has done a brilliant job,” Munroe said. “But sometimes a fish has to change its pond!”
He does not believe that a 12-rounder, as opposed to the eight he was preparing for against Riley, will make any difference to his return to the ring. 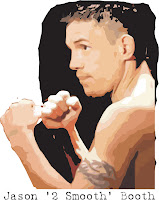 “I can do 12 rounds today,” Munroe added. “I always prepare for 12 rounds. You have to take every fight as seriously as possible.”
Now Munroe is no longer with Maloney, there is a good possibility that a fight with friend, but division rival Jason Booth could take place maybe this year. Booth promoted by Maloney, first has to come through a tricky test in Madrid when he meets the dangerous Kiko Martinez for the vacant European super-bantamweight title the night before Munroe’s Manchester date.