The world of boxing will remember ‘Our Enry’ in unison when on Saturday night at the biggest fight this year, the bell will toll in memory of the passing of British boxing’s only knight Sir Henry Cooper.

A minute’s silence will be observed before the Manny Pacquiao and Shane Mosley fight at the MGM Grand in Las Vegas, promoter Bob Arum told Telegraph Sport.
Arum the American promoter who brought Muhammad Ali to London in 1966 to defend his world title against Cooper at Arsenal football ground, which was the pairs second meeting.
“Henry Cooper was one of the great gentlemen of boxing, and it is right that we remember him publicly on a grand stage on Saturday night,” Arum said. 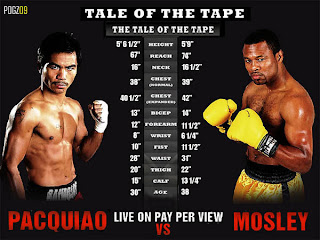 “We will be tolling the bell and paying our respects to Henry. The Ali-Cooper fights are part of a memorable era in boxing. Cooper was one of boxing’s nice guys, and the epitome of an athlete and a gentleman.”

Sir Henry died last weekend at his son’s house in Oxted, Surrey, two days before his 77th birthday. He had been ill for some time and his health deteriorated after the death of his wife of 47 years Albina in 2008 and then his identical twin brother George last year and friends say the gentle giant died of a broken heart.
Cooper will be best remembered for them two fights with Ali in the 1960s. In the first one on June 18th 1963, (fight video below) he knocked Ali down in the fourth round with his left hook, known has ‘Enry’s Hammer’. The Wembley crowd that night thought he had finished off the brash young American. But Ali, then known as Cassius Clay, was saved by the bell and helped back to his corner by his corner men.
FIGHT 1: Cassius Clay (Muhammad Ali) v Henry Cooper June 18th 1963 – Wembley Stadium
FIGHT 2: Muhammad Ali v Henry Cooper May 21st 1966