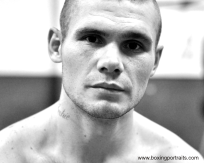 Unbeaten British and Commonwealth middleweight champion Martin Murray, is currently ranked 4th in the World by the WBA. He is trained by Oliver Harrison and managed by Hatton promotions and is ready to take on all comers as he looks to make an assault on the world title.

Murray claimed the British middleweight title last month, to add to his commonwealth, after a convincing stoppage win over English champion Nick Blackwell. Blackwell retired at the end of the fifth, after a sustained beating from Murray who is now (28-0, 10 KO’s) He also holds the WBA International strap. 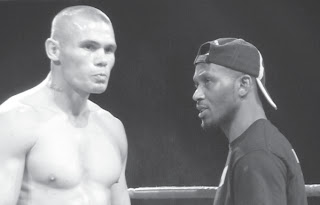 Murray 28, started boxing when he was 10 years old, with John Chisnall, manager of the Glass Boxing Gym in St Helens, who was responsible for training most of the fighters in the area. John had a big impact on a lot of the young people in the area, and over the years Martin became very close to him.

Martin’s amateur career spanned over 14 years and he won the ABA title at welterweight and had the opportunity to box for England until his career took a setback because of events outside the ring.
Murray recently spoke to BritishBoxers from his training camp in Salford, Greater Manchester, touching on his recent win over Nick Blackwell to claim the Lonsdale belt. He tells us about his relationship with coach Oliver Harrison and his plans to take on the best middleweights in the country and on the world stage including possible match-ups with the likes of Darren Barker, Matthew Macklin and Stephen Smith.
Murray admits the setbacks in his life have made him the champion boxer he has become and person he is today.
Watch the full exclusive interview with Martin – Video above. 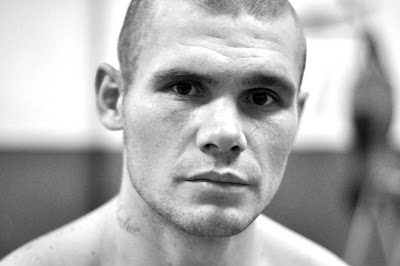