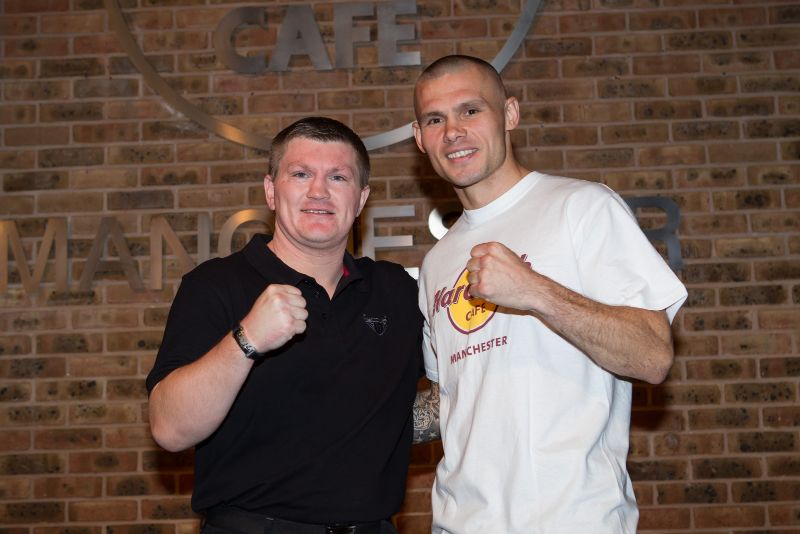 Ricky Hatton believes Martin Murray will go down in British boxing history if he defeats Sergio Martinez on April 27.

‘The Hitman’ himself scored what most experts consider to be one of the greatest ever victories by a Brit when he forced Kostya Tszyu to retire after 11 hard fought rounds in 2005.

But he feels Murray triumphing almost 7,000 away from home in Buenos Aires will surpass his own greatest achievement.

“Kostya Tszyu was number two pound-for-pound in the world when I fought him and I think Martinez is number three, but Martin is going away to box in front of 40,000 Argentineans so I think it’ll go down as one of the best wins ever by a British fighter,” Ricky said.

“Martin is an underdog, he knows that, but he’s more than capable of winning the fight.

“He should look at fights like Lloyd Honeyghan v Donald Curry and John H Stracey v Jose Napoles because they’ll show him that it’s doable.”

Boxing in front of such a large and passionate crowd would reduce some men to quivering wrecks, but Hatton believes Murray will be in his element when he steps out at the Estadio José Amalfitani.

“When we went to the press conference over there it was like the Martinez show and some fighters would have crumbled under the pressure, but Martin took it all in his stride. You wouldn’t blame him if he was in awe of his opponent, but he wasn’t,” he said.

“People forget he went into the lion’s den in Germany against Felix Sturm and he handled that well.

“A lot of people asked whether it was too soon for Martin but he proved to himself and the public that he is world class and he’ll take confidence from that.

“I also think it might the right time to fight Martinez. He’s 38, he’s had a few injuries and he was hanging on for dear life against Julio Cesar Chavez Jnr.

“I fancied Martin to beat Chavez Jnr anyway. We tried to make the fight and unfortunately at the time Martin couldn’t get into the United States. When you see Chavez Jnr having success against Martinez, there’s no reason Martin shouldn’t think anything is possible.”