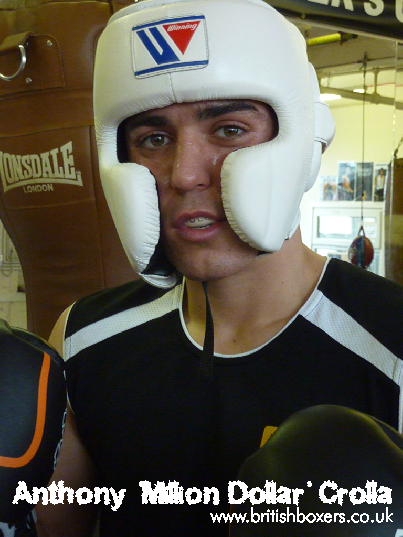 The Hatton Promotions star who had been slated to fight Mexican legend Erik Morales on the bill said: “I was devastated when that fight fell through, but these things happen.
“If someone had told me when I turned professional that one day I would box on a major card like this I would have been made up.
“I still have a chance to shine and if I put on a good show it can only increase my chances of getting a major fight.
“I even cancelled a summer holiday, but it was worth it because I have this fantastic opportunity.”
Crolla, 24, who arrived in the world’s fight capital at the weekend, believes Montiel will provide a stern test despite having a patchy 5-4-3 record.

Anthony who boasts a 21-2 record, and is due to risk his Lonsdale belt against Willie Limond later this year added: “Last time out he drew with Carlos Molina who was 14-0 until then so Montiel is no mug.

“I have been in the gym all summer and I can use this fight as part of my training for the Limond fight.”